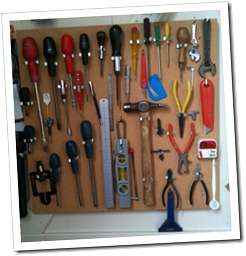 One thought on “The Efficiency of Order: The 5S Methodology”