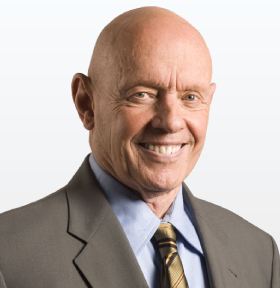 When business authors (like me) start writing a new book, we allow ourselves to fantasize for a while that it will be the next book to transform the way hundreds of thousands of people think about this concept or that.  We have in mind the achievements of books like “Who Moved my Cheese”, “Fish!”, “The One Minute Manager” and, of course, “The 7 Habits of Highly Effective People”.

The last of these differs from the first three in three significant ways:

I suspect that 7 habits is one of those books more honoured on the bookshelf than in the reading.

And that’s a Shame

Because the seven ideas are all very good ones and it is a very accessible book.  It deserves its place as a classic of its genre and a multi-million seller (15 million, the publishers tell us).

The Seven Habits are:

Take responsibility for your choices, your actions and your life.
More on the Stephen Covey website

HABIT 2: Begin with the End in Mind

Focus on those things that are important, rather than getting sucked into stuff that is just urgent.
More on the Stephen Covey website

Look for opportunities to collaborate, rather than compete or even compromise.
More on the Stephen Covey website

HABIT 5: Seek First to Understand, then to be Understood

The heart of communication is in the listening and understanding of others; only then can you hope for them to understand you.
More on the Stephen Covey website

Look for opportunities to combine with others to get a ‘whole greater than the sum of the parts’ result.
More on the Stephen Covey website

None of these ideas were original when he wrote them down. Even the Urgent/Important grid that is often credited to Covey that forms the heart of Habit 3 derives directly from a statement by President Eisenhower. This model is featured in The Management Models Pocketbook.

Originality is not often that important.  Synthesising ideas into a coherent story, making them clear and accessible, and bringing them to people’s attention can count for a lot more.  This was Covey’s strength.

Covey’s later books all sold well too, and were all worth reading.  But somehow none were ever as good as the first.  Why?  I think because he became a huge success and could get away with writing a fat book about one idea.  And none of the books really had enough content to justify the size.  Neither ‘The 8th Habit’ nor ‘The 3rd Alternative’ was any more substantive than the first seven habits.  One acerbic Amazon reviewer refers to: ‘9th Habit – Be Concise and Get to the Point‘.  Another, however, says of the same book (The 8th Habit): ‘This book has changed my life‘.  And that’s the problem with books like this: one persons profound insight is another’s superficial tosh.

In truth, Covey offered us neither.  What he gave us were well-articulated statements of enduring truths, known to generations.  For me, he was at his best putting many ideas together.  His writing style was not to everyone’s taste – it was folksy and occasionally verbose and moralising.  Yet for all of that, his books have made a great contribution.  For those of us interested in personal development, they were always on the ‘must read’ list, and he will be missed.

When business authors (like me) start writing a new book, we allow ourselves to fantasize for a while that it will place us alongside authors like Stephen Covey.  Thank you, therefore, to the ILM’s ‘Edge’ magazine, for placing my latest book on the same book review spread (July 2012) as Covey’s last book.  We both scored four stars.  Just getting that close feels like a lifetime achievement.