There are no Rules in a knife fight

There may be eight rules of Fight Club, but as Harvey Logan told us in Butch Cassidy and the Sundance Kid:

.
I suppose the difference is that one is negotiation for fun (!) and the other is for real (within a fictional world).  But it raises the question:

Are there any rules in a real negotiation? 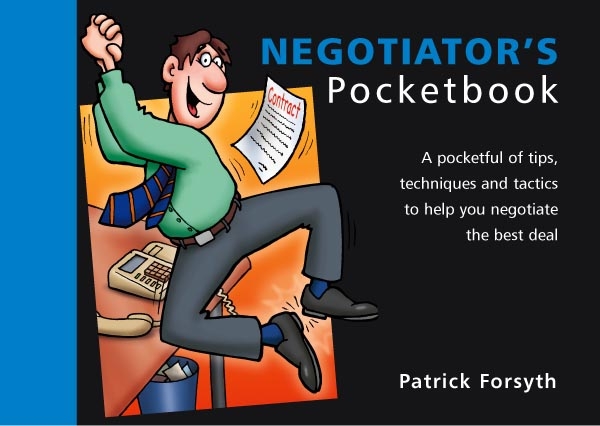 Patrick Forsyth thinks so.  Patrick is author of one of my favourite Pocketbooks, The Negotiator’s Pocketbook.

Early on in the Pocketbook, he sets out ‘Four Essential Rules’ of negotiation.
.

This has to merit the status of a rule, doesn’t it.  After all, your best possible outcome, once the negotiation has started, is your opening position, so it had better be as good as you think you can possibly ask for without offending your counter-party and causing them to withdraw summarily.

When I saw this rule, my heart sunk.  While in many negotiations, you will want to get your counter-party to reveal their opening position first (in case it is better for you than you had planned), this is not always the case.  That’s because the opener acts as an anchor and makes it very hard for you to come back with your own opening position that is in another realm altogether.

The counter-party is now stuck in one realm and you are being foolish.  If, however, you open first with your wild position, then it may indeed cause the other person to withdraw, but it will certainly change their whole perception of value.  It will re-frame the negotiation.

But Patrick is wise enough to frame his rule as being about preparation.  Do your research first, he is saying.  Now that’s a rule worth having.

How often we hear of negotiations failing over one inconsequential detail.  Inconsequential, that is, to an impartial observer.  But to the parties negotiating, who have become fixated upon it, this one point comes to betoken the whole matter.  That’s foolish.  I like this rule too.

The concept of variables is central to the way Patrick describes negotiation and putting them front and centre is right. Anything that could be done, given, granted, requested, conceded, exchanged, varied – these are variables.  And the more you have, the greater your negotiating flexibility.  The greater your negotiating flexibility, the more likely you are to find agreement.  Keep searching for variables – and keep tweaking them.  Too right.

… or is there?  Patrick lists four.  What would your fifth be?  Do add your own ideas in the comments.

Over the last couple of weeks, we’ve looked at searching for a New Job and keeping the Same Job.  Whichever you do, you may find the opportunity to negotiate.  If you do, keep Patrick’s four rules in mind.