This is the third in my Triptych of blogs about the work of Peter Drucker.  The first two were about Drucker, himself, and about Management by Objectives.  This one is about another concept he started to develop in his 1954 book, ‘The Practice of Management’. 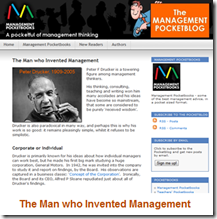 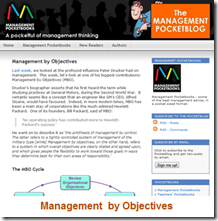 Drucker first coined this term in his 1959 book, ‘Landmarks of Tomorrow’, saying that:

In his earlier book, however, he had started to see the manager’s role as understanding, interpreting and making decisions about the information they can access.

But it was two later works that crystallised his thinking and made him the clear progenitor of how we now interpret the term.

In ‘The Effective Executive’, Drucker argues that knowledge workers are executive in that they use knowledge to effect (or execute) changes.  He identifies five habits of an effective executive and, in passing, I note that he used the chapter title ‘First things First’ 23 years before Stephen Covey did, when he used it as one of his seven habits.  Executives must:

‘The Age of Discontinuity’ is the book where Drucker really develops the concept of the knowledge worker, as a breed of thoughtful, intelligent executive, every bit as much a professional as a lawyer, engineer or teacher.  They are paid to acquire and apply knowledge, make informed judgements and take responsibility for leadership.

Dull, conforming corporate clones would thenceforth be no longer needed.  Instead, knowledge will be the source of economic power – all of which came 20 years before Sir Tim Berners-Lee made his first formal proposal for what is now the World-wide Web.

From the early 1990s, management thinkers and futurists seized upon the concept of the knowledge worker and have spun theories, models and predictions out of it.  Indeed, this coincided with the arrival of Generation X in the workplace.  Drucker too, continued writing about the phenomenon, notably in his 1992 book, ‘Managing for the Future’;

‘The world is becoming not labour intensive,
not materials intensive, not energy intensive,
but knowledge intensive.’

We may feel energy and materials intensive in a world that seems to be running out of each, but despite being far from running out of knowledge (take a look at the fantastic web info-graphic below) there is absolutely no doubt that the world is becoming more and more knowledge intensive.