Today we have a guest blog from author Pete English, who has just given a successful presentation at CIPD’s Annual Conference and Exhibition on the topic of ‘Mastering Difficult Conversations: What sort of monkey are you facing?’. Pete’s website is www.peterenglish.co.uk and he can be contacted at pete@peterenglish.co.uk   He has written three Pocketbooks: Tackling Difficult Conversations, Confidence and Succeeding at Interviews.

Many of our day-to-day behaviours have been hard-wired into us over thousands of years of evolution. Our ancestors survived by being excellent threat-detectors (it was important to decide quickly whether an animal or situation was safe) and by being good at sucking up to the leader of the pack, to put it bluntly – according to the evolutionary psychologists, being friendly with the alpha male or female enhanced your survival prospects.

So, we’ve evolved to be vigilant and status conscious. Apparently when we meet someone, the first thing we unconsciously assess is their level of status – do I need to be wary of this person? Do I need to keep on the right side of them?

And other primates are sniffing you, picking up cues as to how powerful you are, how much respect they need to give you.

If you want to master this game, it helps to know what kind of monkey you are dealing with. Let’s consider the Chimpanzee and the Bonobo.

In the wild, chimpanzees are very territorial, competitive and (particularly when threatened), ferociously aggressive. There is a strict hierarchy with a male chimp at the top. 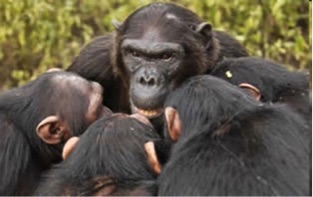 In your organisation, you know you’re dealing with a chimp when:

Bonobos are very different. They are much more relaxed about their territory. Rather than seeking to dominate, they engage in ‘affable social networking’. Bonobos are much less hierarchical than chimps, and tend to form matriarchal groups. 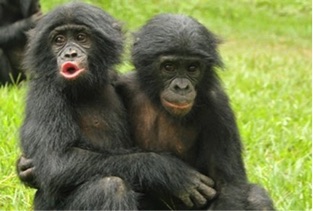 You know you’re dealing with a bonobo because:

Next time: how to handle each type of monkey (and what they think of you).