There are many celebrity chefs, and many of them operate successful businesses, so choosing one to feature as one of our management thinkers is tough. But British chef, Jamie Oliver, more than fits the bill. For nearly twenty years, he has maintained the love of the public in the UK, avoiding mis-steps as he took his celebrity career to the US, retains fierce loyalty of people who have worked for and with him, and continues to grow his businesses steadily, whilst contributing significantly to some major philanthropic initiatives, many of which he has led. 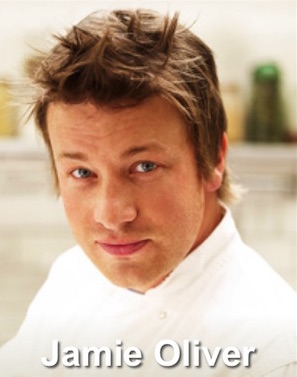 Jamie Oliver was born in Essex in the UK, in 1975. He grew up in Cambridge, where his parents ran and continue to run a pub. It was in their kitchen that he first learned the skills of cooking, which developed at catering college and started to take wings when Oliver spent time in France, learning the basics of classical cuisine.

Returning to England, he worked for renowned UK-based Italian chef Antonio Carluccio, where he met long-time friend and cooking mentor, Gennaro Contaldo. From there, he moved to a role as sous chef at Fulham’s River Cafe, where he appeared, unscripted, in a one-off 1997 documentary about the restaurant, and caught the eye of numerous TV producers. After five offers, he signed a deal that led directly to two series of The Naked Chef; a title that reflected his ideas of simplicity in cooking, rather than an alternative to traditional chefs’ whites.

This kicked off a hugely successful TV and recipe book career that continues today, with the addition of massively profitable mobile apps and his own YouTube channels with nearly 2 million subscribers between them. Perhaps his most notable television endeavours are:

But hey, this is the Management Pocketblog!

Reading about Jamie Oliver’s business nous, it is hard to select a shortlist of admirable management lessons that we can learn from him. These range from the obvious, like seizing opportunities that arise, assessing choices shrewdly, and trading on an endearing personality, to those which are hard for most of us to generalise to our own practice, like keeping a large proportion of your business interests within your family and network of close and trusted friends and colleagues. One might also have added, until recently, maintain a large share of the equity in your business (I believe Oliver owns around 80% in total of his many businesses at time of writing). However, in early June 2015, the press started to report that he is trying to raise significant equity capital to fund a major global expansion of some of his restaurant brands.

So what to focus on?

Jamie Oliver is a public personality, but he has used his charm and charisma shrewdly. He has avoided all manner of scandals that attach to celebrities (including other British celebrity chefs) and seems by all accounts to be a genuinely nice and decent chap, who inspires great loyalty. Many of his close business advisors and staff have been with him from very early on, and many people rush to praise him in the press. On the other hand, there seem to be very few public feuds. This has allowed Oliver to take his personality as the basis for all of his brands, many of which have his name attached to them: most recently, Jamie Oliver’s Food Tube – his primary YouTube Channel.

What are the elements of his personality-based leadership and management approach that can be emulated, if you put the work into them? I think there are five:

The Power of Food

Jamie Oliver being serious, passionate, and provocative about the impact of food on health: Teach every child about food.