Are top managers stuck being either corporate or entrepreneurial?

Or can they switch from one domain to the other?

These questions are often asked – not least in competitive TV business shows like The Apprentice (certainly here in the UK, with Lord Sugar at the helm).

Nicola Horlick is an example of a highly paid corporate executive who left that world and started a series of her own businesses. Let’s see what we can learn from her story. 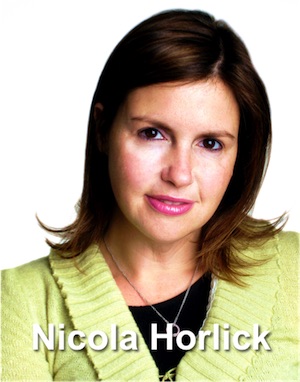 Nicola Gayford was born in 1960 in Nottingham (England) and grew up in Wirral, Cheshire. She studied Law at Oxford University (where she met future first husband Timothy Horlick), graduating in 1982. After a year working in the family business, she went to London to join the Mercury Asset Management part of merchant bank SG Warburg, as a graduate trainee.

She did well, and in 1989, she was made a director. Two years later, she moved to Morgan Grenfell Asset Management, where she became Managing Director in 1992. From then to 1997, she grew the assets under management from £4billion to £18billion (around US$6 to 28 billion).

Then, in 1997, she was accused of planning to move to a rival firm and poach many of her team. Morgan Grenfell suspended Horlick and, despite a high profile meeting with the bank’s parent institution, Deutsche Bank, she left the business.

Horlick pretty quickly set up SG Asset Management and has been a serial business starter ever since. In 1998, though, she also had to cope with the death, from leukaemia, of her oldest child, daughter Georgina.

We don’t need to go into the details of all of her businesses, but it is instructive to summarise.

What do we Learn about the Transition from Corporate Manager to Entrepreneur?

We cannot of course generalise from one specific case, but three things seem to me to be instrumental in Horlick’s successes:

So my conclusion – a purely personal point of view – is that an entrepreneurial mindset is different from a corporate one. It is of course possible to have both, but in Horlick’s case, her entrepreneurship was far from the ‘start from zero resources and low knowledge’ model of the stereotypical rags-to-riches entrepreneur. She approached entrepreneurship in a corporate manner: with deep expertise and a big resource base.

Is Nicola Horlick a Superwoman?

Maybe. But first and foremost, she is an asset manager.