On British TV, Bannatyne is the cool, aloof Dragon, who says what he thinks, without concern for feelings, flattery or getting a laugh. He never looks like he feels he has to prove himself. Maybe that’s because he has form! 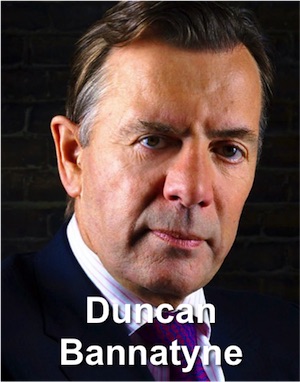 Duncan Bannatyne was born in 1945 and grew up on Clydebank in Scotland. His was not a privileged start and so, not having a bicycle, he set out to earn the money he needed by doing a paper round. When there was no round, he accepted the challenge to build one, by knocking on doors and securing 100 new orders. He got the paper-round and bought the bike.

Characteristically, he later observed that the more entrepreneurial approach would have been to sell the list and invest the capital.

Having left school without qualifications, he joined the Royal Navy in 1964, but was dishonourably discharged in 1969. After a series of jobs in Clydebank and a brief move to Jersey in 1974 (where he met his first wife), he moved to Stockton on Tees, where he bought an ice cream van for £450. He later sold his ice cream business for £28,000 and invested in a care homes business, Quality Care Homes, and then in a nursery business, Just Learning. He sold these in 1996 for £26 million and £22 million respectively.

He took that money and invested it in his current primary business, Bannatyne Health Clubs, which is currently the largest such chain in the UK. He gained fame in 2005, when he joined the first cast of BBC Television’s business show, Dragon’s Den, where he remained (as the last but one of the original Dragons) until 2015.

Along the way, he has written seven books, which are much praised for their pragmatic advice.

Here are the lessons I like best from Bannatyne’s various books.