This year, we have seen so many great management thinkers and doers (50), that it is hard to pick the best.

But do so I must, and the list will need to be unapologetically personal. Not the best then…

And there are plenty more to come in the New Year too.
Including our Management Doubles: pairs of thinkers who did some their best work together, as a pair.

But, in the meantime…

Happy New Year to all of our readers

Welcome to 2011!  This blog is published on the first working day of the New Year, so we have culled five Management New Year’s Resolutions from our Management Pocketbook library.

After all, what is the alternative to evidence-based decision-making? Decision-Based Evidence Making

One of our favourite quotes comes from Charles Dickens’ Great Expectations, in which the lawyer, Jaggers, says:

`Take nothing on its looks; take everything on evidence. There’s no better rule.’

Image of Francis L Sullivan as Jaggers in the 1946 movie by David Lean – if you’ve never seen it, do so this year.

So, resolve never to make an important decision without first critically reviewing all of the evidence available to you.

For a manager, this year is likely to be one with resources at their tightest.  So use what you have well.  Think carefully about every commitment to reduce what you do; look for solutions that already work and make sure you put redundant resources to good use in a new context.

Time will be your most valuable resource, and unlike the others, you cannot save it up, so use it really well.

So, resolve not to squander anything of value.

How much did you achieve in 2010?  Seth Godin, in his blog, asks what did you ship (or get out of the door) in 2010 and he’s right: answering that question is an uncomfortable exercise if you are rigorous in excluding the near misses and outright failures to deliver.  Accept no excuses from yourself.

Now, resolve to make a real difference this year; face your demons and get things done.  And reading Seth’s blog will be a great stimulus.

Management Pocketbooks has five excellent pocketbooks in its Customer Care category, but if you boil all the advice down to two words, it’s these: ‘just care’.

If you are in the business of serving people or creating products for them, this is what you have chosen, so, resolve to put up or shut up.  Treat every customer as you would wish to be treated when you are at you most demanding and unreasonable.

And, for the ultimate in customer care training, this column will be buying the Remastered DVD box-set of Fawlty Towers

Relax.  Get more done by stressing less.  Make time for more of what you enjoy and the people you really love.  Find ways to discharge the pressures and tensions of your working life and give yourself more energy in the process.

So, resolve to be more mellow and easier to be with.

Whether Christmas is a festival you celebrate or not, its traditional trappings surround you for between twenty (if you’re  lucky) and sixty days of every year.

So let’s take a look at the origins of some of these traditions (without going too close to the tricky religious aspects of the subject).

You better watch out: the man in red

What could be a stronger image of the traditional Christmas than the bearded old gent in a red suit?  Well, strong image yes, but traditional?  No.

This image of Santa may seem as old as the hills, but it is new enough to know the name of the man who first created it, and why.

His client was Coca Cola and, according to their official history of the image, Sundblom’s image was a combination of many images from the mundane to the grotesque, the religious to the secular, which had been in use around the western world for centuries.  It seems likely that the distinctive colour of Santa’s suit owes more to Coke’s corporate colours that to the red of a bishop’s robes or the more traditional Woodsman’s green.

One thing is for sure, however.  Whether the true origins lie with St Nicholas of Myra, Basil of Caesarea, or the Norse/Germanic god Odin/Woden, he will need to lose weight to get down the flue of a modern gas boiler.

No, not the traditional Christmas afternoon movie, the only a little more traditional Christmas afternoon bird.  The idea of feasting in mid winter goes back to the earliest times and is certainly pre-christian, and just about any unfortunate creature has been marked for the dinner table at some time and in some part of the western world.  Hogs, boars, swans, deer, have all been favourites, but the turkey is a late-comer originating as it does, in the New World. So don’t just thank/blame Drake, Raleigh and their kin for tobacco, chilli, chocolate and spuds.  They get the credit for a whole industry too.  In this case, it was navigator William Strickland who is thought to have imported the first turkeys to Bristol in 1526.  His family’s arms bear (in the words of the Royal College of Arms) a “turkey-cock in his pride proper”.

Turkey became a popular Christmas dish in the UK thanks to Charles Dickens.  In “A Christmas Carol” the reformed Scrooge sends a prize turkey to the Cratchit family.  So, the question that all your young-uns will ask is: ‘if it comes from the Americas, why is it named after Turkey?’ Good question.  Early explorers mistook the bird for a type of east European Guinea Fowl called a Turkey fowl, and the name stuck.

You take your liberty into your own hands on Christmas Day.  In 1647, Oliver Cromwell’s faction made the eating of mince pies in England on 25 December illegal.  For some strange reason, Parliament has yet to get around to repealing the prohibition.  If the coalition wants something to agree on, maybe here is their chance.  Otherwise, the NUS might fancy trying for a few citizens’ arrests of Lib Dem MPs on Xmas Day!

And “why ‘Xmas’?” you ask.  X is the symbol in the Greek alphabet for the letter Chi, the first letter of ‘christos’ which means ‘the anointed one’ or, in Hebrew, ‘messiah’.

First there was the stamp …

The uniform penny post was established in Britain on 10 January 1840.

Sir Henry Cole founded the Victoria and Albert Museum (V&A) in London and wanted to let everyone he knew know about his desire to help the poor at Christmas.  Not having email, nor the time to write hundreds of letters, he resorted to asking an artist to design a card he could put into the newly founded postal system that he had championed.

The artist was John Callcott Horsley and over 2,000 were printed in 1843 and sent.  Today, Cole would have more Facebook and Linked in friends than most of us!  Later, Cole was knighted for services to industrial design.  He was known at the time as Old King Cole, but was not the origin of the rhyme, which goes back to Roman Britain. 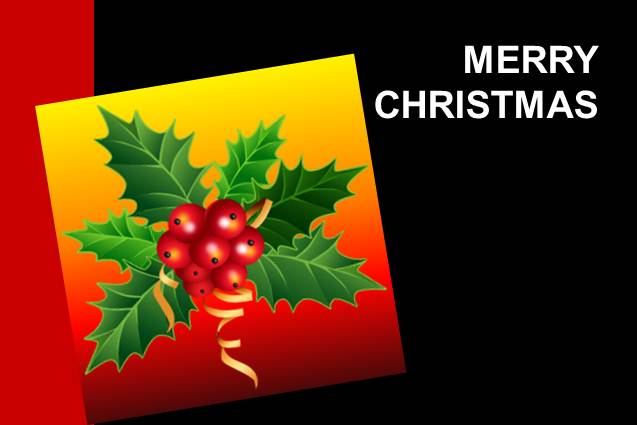