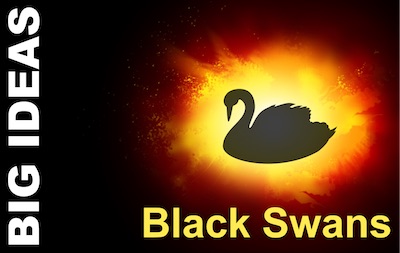 Black Swan is a movie that follows the story of a ballerina in a New York ballet company. Her life is consumed with dance.

The Black Swan is a book that sets out the nature and impact of rare, improbable events. The author, Nassim Nicholas Taleb, coined the metaphor of Black Swan to describe them.

END_OF_DOCUMENT_TOKEN_TO_BE_REPLACED

Nassim Nicholas Taleb is seen by many as a pre-eminent thinker of our time, and by some as a populariser with a selective reading of statistical theory. Yet without a doubt, his books have had a profound effect on business, management and public policy thinking – to the extent that he is widely feted in contexts as formal as the World Economic Forum, the RAND Corporation, and the US Government. Taleb’s focus is on uncertainty and randomness, and what it means to be resilient in the face of its inevitability. Around that focus is a breadth of philosophising and a depth of erudition that can be enchanting and off-putting in one sentence. 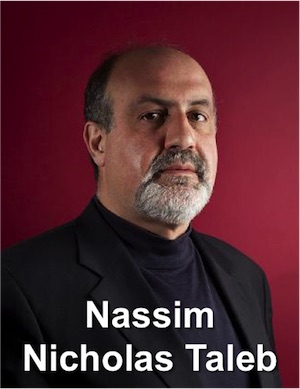 Offering a biography of Taleb feels like a slightly risky undertaking, in the light of his rejection of awards and honours, and the statement on his website‘s biography for conferences page: ‘Please note that the author does not allow fluffy and longer bios with information from the web. Only the official biography is authorized’

So, it is with hesitancy that I tell you that Taleb was born and grew up in Lebanon, studied at the University of Paris, where he gained a BS and MS, and at Wharton where he earned his MBA. He returned to Paris and was awarded a PhD in Management Science for a thesis on the mathematics of the pricing of derivatives from the University of Paris (Dauphine).

He spent around 20 years in the financial industry managing hedge funds and trading in derivatives for some of the world’s biggest financial institutions: Credit Suisse First Boston, UBS, BNP-Paribas, Indosuez (now Calyon), Bankers Trust (now Deutsche Bank). He also started and ran his own firm.

In 2004, after the success of his first book, he moved to becoming a full time author and in 2006, took on academic appointments too. He is now Distinguished Professor of Risk Engineering at New York University’s School of Engineering.

Taleb has written four non-technical books that he refers to together as a four-volume series called ‘Incerto’ – the latin word for uncertainty. He is also working on a technical, mathematically formulated mirror work that he is making available free, online. Rather than give a link that may change, I refer you to Taleb’s site for the link.

The four books of Incerto each develop an aspect of Taleb’s thinking on uncertainty, each building on the others – although one seems to me to stand aside somewhat.

Fooled by Randomness (2004) was Taleb’s first and sets out his analysis of the extent to which randomness influences everything: most notably the financial markets. More importantly, its pervasiveness means we often fail to notice and acknowledge it. It is far easier to attribute events to agency – causes – than to randomness, but often (far more often than we think), randomness is the prime mover. This is the ‘illusion of control’.

The Black Swan (2007) made perhaps Taleb’s greatest impact to date on the world. His term – which he introduced in his earlier book – represents an event that we never see coming until it hits us. We assume that random events happen as if we are in a casino: 50% red and 50% black, the wheel will land on 14 Red one time in 37 (38 in US casinos). But some events are huge and unexpected and fall outside our usual experience, so we fail to plan for them. These can cause catastrophes.

Antifragile (2013) extends the thesis one step further. Fragility is the state of being highly susceptible to shocks. Resilience is the ability to withstand them. Taleb coins the word ‘antifragile’ to represent the state of growing stronger under uncertainty and shocks. He makes the case that this should be a design objective in financial trades, whole markets and for society as a whole. But don’t expect a closely argued technical account or even a business oriented book; Antifragile comes across more as a personal philosophy than an empirical analysis. Strong ideas, but little evidence.

Which brings me backwards to the third book in the chronological sequence:

The Bed of Procrustes (2011) is a book of aphorisms, in the mould of German philosophers like Wittgenstein. It is full of Taleb’s short pithy remarks – sometimes somewhat ornery in style. Every now and then, one hits you between the eyes and you think ‘yes, that’s spot on’. Most, however, seem like the contents of an academic teenager’s commonplace book. In all this feels self indulgent.

It is hard to assess this without the benefit yet of hindsight. He is much lauded but also critiqued both for his writing style and statistical naiveté. But his central thesis – which needs barely a quarter of his wordage to demonstrate – is that randomness fools us constantly and, if we fail to understand it, it will make fools of us. The unexpected can change everything overnight and we have seen that in recent years in economics, politics, and societies.

These are important ideas and Taleb has brought them to the fore. So no manager or professional can therefore afford to be ignorant of them and nor, Taleb argues well, can they afford to not act on them. In the political, macro-economic and social spheres, however, I fear our leaders are failing us.

Taleb Talking about Antifragility at the RSA

Not so easy to follow, but it will give you a sense of both his ideas and his style. A seven minute talk followed by a discussion. 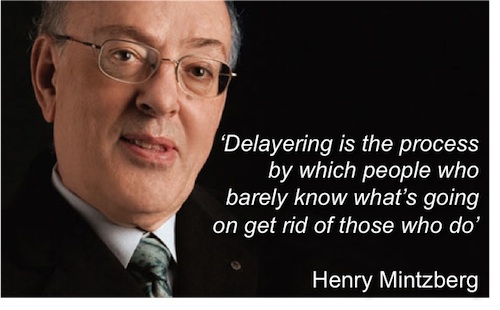