Bennis had a career in Management

Not only did Bennis lead men in the second world war, but after his studies, he took on a succession of senior academic administration roles, between 1967 and 1979.  Here he tried to put the ideas of Douglas McGregor to good use, and here, he started thinking about the nature of leadership.

However, it was when he returned to academic research, that he started to become a true leader.  His keystone work is ‘Leaders: The Strategies for Taking Charge’ and I relish an irony at the core of this book.

In response to a Harvard Business Review article by Abraham Zaleznik in 1977, Bennis articulated his famous set of comparisons between a manager and a leader: 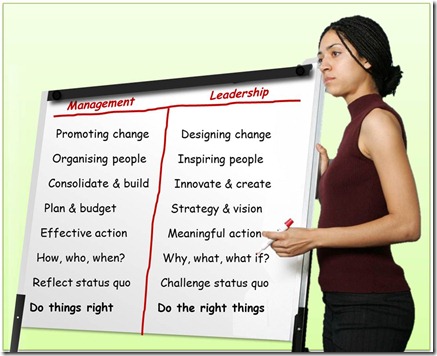 So it seems to me to be delicious that, in articulating the four common abilities of a leader, from their research into 90  US leaders from all areas of endeavour, Bennis and co-author Burt Nanus expressed them in terms of management.

The four strategies that Bennis and Nanus articulated are each about superb management of themselves, in essential arenas of the leader’s domain.  They do not set this up as a prescriptive model of leadership, but as a descriptive model of how real, successful leaders act.

Leaders can manage their attention and the attention of followers by articulating an engaging vision of the future state of their organisation.  They must also find a way of getting followers to start to treat that vision as their own.

Leaders manage the meaning of their message by using vivid imagery and salient metaphors to create deep understanding and resonance that leads to real hope and trust.

Building and managing trust requires effective action that aligns with the vision you have set out.  Leaders can position their organisation in any of four ways:

Strategy 4: The Deployment of Self

Constant learning and relationship building establishes permanent leadership traits within you, giving you the confidence and experience to take risks and to trust followers.  This enables you to manage your own self-confidence and emotional states, leading you to be seen as stable, adept, and reliable.

Leadership and Management are deeply intertwined.  To understand and excel at one, we must equally understand the other.

Over the last year, Pocketblog has studied the work of many fine business thinkers.  It is time to turn our attention to Warren Bennis. 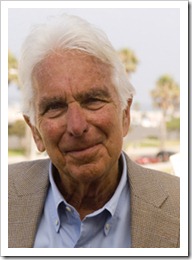 Bennis is not just an expert on leadership – which he undoubtedly is.  It was he who created the modern interest in the subject, with the book he co-wrote with Burt Nanus: ‘Leaders: The Strategies for Taking Charge’.

Bennis was greatly influenced by Douglas McGregor, who both taught and mentored him.  McGregor was influential, with his Theory X and Theory Y, in examining the ways we can manage colleagues at work, and influence their motivation.

The Story of Motivation in the Workplace

… is one of shifts towards and away from a prescriptive scientific perspective.  In a recent Pocketblog, I described how FW Taylor invoked ‘scientific management’ to create a repeatable process for optimising work-rates.  His follower, Elton Mayo then discovered that human factors can over-ride the simplistic approach to theoretically optimised efficiency levels.

It was Douglas McGregor who characterised these two approaches as Theory X (controlling, task-focused management) and Theory Y (more democratic, relationship-driven management).  McGregor argued powerfully in ‘The Human Side of the Enterprise’ and later books that Taylorism could not work sustainably in the modern world; Theory Y must dominate.

Bennis followed McGregor in studying organisational development and looked to him as a mentor.  McGregor to a great extent shaped Bennis’s career and we will see more about that next week.

And for me, his principal contribution is the body of evidence he accumulated to show that leadership is open to everyone.  It is not a product of birth, of genes, or even of the type of school you went to.  It can be learned and developed like any other skill.

The Science of Leadership

There are two ways of doing science.  In my own discipline of physics, you can even study it formally in these two ways: experimental and theoretical.  Theoreticians dream up grand theories in response to limited experimental data, and then make predictions that experimentalists test.  It is only when the data prove the theorist wrong that science truly advances.  The smug feeling theoreticians get when the evidence supports their theory cannot mask the deeper knowledge that it can never constitute proof.  A theory is never more than one experiment away from falsification.

Experiments, on the other hand, are glorious.  They always yield knowledge.  Maybe it corroborates existing knowledge – which is comforting – or maybe it challenges it, from which progress arises – which is truly exciting.  Theorists know we are at the weak end of the process.

Bennis is a data gatherer.  He has not presented a grand theory of leadership.  Not for him: four leadership styles, six leadership roles or eight ways to lead.  Bennis and Nanus started their revolution in leadership thinking by surveying 90 leaders, from business, sports, the arts and exploration.

Bennis is perhaps best known for his tabulation of the differences between leaders and managers – which we mentioned a year ago.  The phrase ‘managers do things right: leaders do the right thing’ has become a commonplace – even turning up with very little adaptation, in a speech by Nick Clegg over the summer.

But many other ideas that we accept as commonplace were first articulated in their modern form by Warren Bennis:

Leaders learn from failure.
Adverse circumstances and a series of failures is a more valuable learning route than early and continued success.

Leaders create empathy
Leaders must bring people alongside their own views and they can only do this by empathising with their followers.

Leaders create great groups
Bennis and Nanus argued that great results emanate from great groups and it is the role of a leader to bring them together and and create the opportunities for them to thrive.

Leadership can be learned and it was Warren Bennis who did more than any other thinker to put these ideas to us.

The Leadership Pocketbook
As you would expect, a lot of Bennis’s ideas suffuse this volume.

The Management Models Pocketbook
Looks at models of leadership that are often informed by Bennis’s thinking.

The Empowerment Pocketbook
Empowerment is what a leader should be about.

The Self Managed Development Pocketbook, and
The Learner’s Pocketbook
Bennis argued that leaders need to be learners. 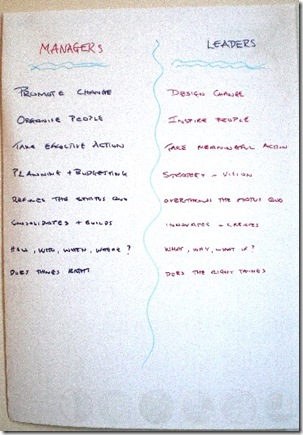