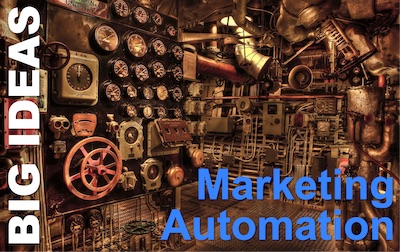 The explosion in online business and the effectiveness of Software as a Service have created a new boom: Marketing Automation. This allows marketers to address prospective customers almost personally. But to do so in a way that scales with your business.

It sounds almost too good to be true. So, what is marketing automation, and how does it work?

END_OF_DOCUMENT_TOKEN_TO_BE_REPLACED 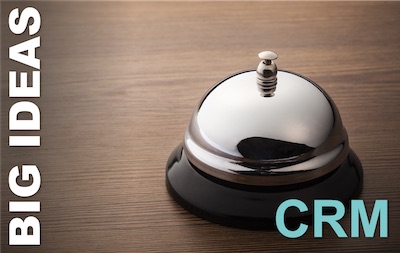 Customer Relationship Management, or CRM for short. The idea is simple: learn about your customers, and use your knowledge to strengthen your relationship with them. Use your stronger relationship to sell them more products or services. Repeat.

Not surprisingly, helping businesses to do this is… big business. A myriad of software solutions are available, with a plethora of consultancies and training businesses available to help you implement them. CRM has a lot in common with ERP. Indeed, some of the big players in the ERP space, also seek to sell CRM services alongside.

As a result, businesses focus on the software tools. This is a mistake. A fool with a tool… is still a fool. The secret to good CRM – as with good customer service – is to focus on the culture you build.

END_OF_DOCUMENT_TOKEN_TO_BE_REPLACED

Theodore Levitt’s principal contribution to management was in lifting marketing up from a functional place in business to a strategic role. So it is perhaps surprising that he is often remembered as the man who coined the term ‘globalisation’. Mis-remembered*, it turns out. The greater irony is that he simply brought the word to prominence. But that shows the impact of his writing; in particular a series of classic articles for the Harvard Business Review, which he edited from 1985 to 1990.

Theodore ‘Ted’ Levitt was born in Germany, in 1925. His parents moved the family to America in 1935, and Levitt served in the War. He earned his Bachelor’s degree at Antioch College and went on to do a Ph.D. in economics at Ohio State University.

After time as a consultant, and then teaching at the University of North Dakota, Levitt joined the Harvard business school in 1959. There, he quickly started teaching marketing, despite having no formal education in the topic. But in the following year, 1960, he published a landmark article in the Harvard Business Review (HBR), which he descried as a manifesto.

In Marketing Myopia, Levitt argued that corporations should not think of themselves as producers of goods or services. Instead, they are ‘buyers of customers’ who create goods and services to tempt customers into a commercial relationship. Companies are organisms that create and maintain customers. Indeed, in his 1983 book, The Marketing Imagination, he summed up his primary thesis as In 1983, by defining corporate purpose as:

to create and keep a customer

Put that way, it is easy to follow Levitt’s argument that marketing needs to pervade a company’s strategy and provide a counterbalance to excessive focus on production and operations. He gave the often cited example of railways. In thinking about their purpose, they should stop considering themselves as providers of a railway and its services, and start to think of themselves as organisations whose role is to move people from where they are to where they want to be.

It is worth noting that Levitt was influenced (as are so many twentieth century management thinkers) by Peter Drucker. Drucker argued that, from a customer’s point of view, marketing isn’t a function: it is the business. Let’s just look at Apple!

To underscore his idea, Levitt introduced the idea of a marketing matrix, that charts a company’s inward orientation against its outward orientation to its customer, with the top right cell representing the ideal.

His 1976 HBR article, The Industrialization of Service, argued that we need to apply the same rigour of repeatability, monitoring and quality control to customer services, as we do to production. He also introduced the now commonplace concept of ‘Relationship Marketing’ – the activity designed to keep customers and extend your relationship with them. This has, of course, spawned the whole discipline (and software market) of CRM: Customer Relationship Management.

The Globalization of Markets

For my third of Levitt’s big ideas, I have to come back to globalisation, which he addressed in his 1983 HBR article, The Globalization of Markets. Here, he argues that the two ‘vectors’ of technology and globalisation would shape the world. Now, in 2016, it is hard to argue with that conclusion. Indeed, he thought that it would be technological advances that would drive marketplace changes towards global uniformity. To survive and outcompete rivals, corporations would need to harness the efficiencies of standardisation. These would outweigh the desirability for customers of local customization in a competitive sense. Ladies and gentlemen, I give you Starbucks, Toyota, Amazon, and Samsung.

This position got Levitt into a debate that we describe in our article about the other towering figure in twentieth century marketing, Philip Kotler.

You may also enjoy the Marketing Pocketbook and the CRM Pocketbook (CRM: Customer Relationship Management).

* Even the New York times got this wrong. Their obituary for Levitt was titled ‘Theodore Levitt, 81, Who Coined the Term ‘Globalization’, Is Dead’, but in a subsequent erratum, they noted, ‘and while he published a respected paper in 1983 popularizing the term, he did not coin the word. (It was in use at least as early as 1944 in other senses and was used by others in discussing economics at least as early as 1981.)‘