There are a number of Pocketblogs about Bruce Tuckman’s highly successful model of group and team development.

Here is a quick reference to them all.
Click the headings to go to the blog.

… a general introduction to the model – part of the Pocket Correspondence Course series of blogs.

… looks at an additional phase: the ‘yawning’ stage.

… looks at another additional phase: the ‘transforming’ stage.

But if it is Tuckman and his ideas that interest you, then you might expect him to feature in our Management Thinkers series. And you’d be right. He’s here: 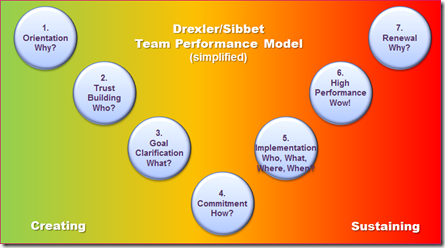