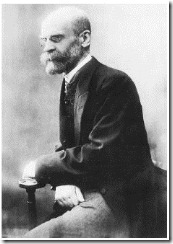 Émile Durkheim has to rank among the great names of social science and is, perhaps, the founding thinker in our modern ideas about social networks.  He first distinguished between ‘traditional’ societies where individuals bow to pressures to subsume their individuality into a homogeneous whole; and more ‘modern’ societies where we seek to harness the diversity of people, by co-operation.  Social phenomena, he argued, are the result of these interactions.

His contemporary, Ferdinand Tönnies, distinguished between ‘community’ and ‘society’. Communities share values and beliefs, whilst a society is tied together by formal links such as obligations, management and trade.

A third contemporary, Georg Simmel, first looked at the social distance between people and how this can affect our sense of individuality if we get too close to another person, or our sense of connection if we are too far.

It was Romanian-born American psychiatrist Jacob Moreno who gave us the tool that I want to focus on: the sociogram.  He looked at how interactions occur in small groups, such as classrooms and workplaces.  Sociograms are still widely used as a way of charting and understanding the relationships among groups of young people.  Some of the earliest graphical depictions of social networks appear in his 1934 book Who Shall Survive? 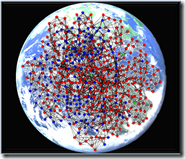 Nowadays, we are all very familiar with the way the internet is widely connected and the concept of ‘small world’ networks is widely bandied about.

However, these diagrams derive from Moreno’s sociograms, which remain a powerful tool for charting workplace networks. 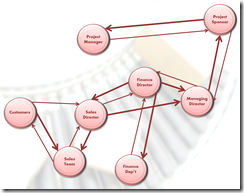 As a project manager, I have used sociograms to chart the relationships between stakeholders within and outside organisations, to better understand how I can anticipate and handle resistance to change, and how to harness and reinforce the support that I have. 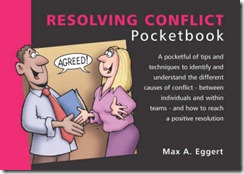 In their Resolving Conflict Pocketbook, they give the example of a workgroup of five colleagues.  They show how, by drawing a simple sociogram, you could anticipate which potential sub-teams could lead to conflict.

The Discipline and Grievance Pocketbook