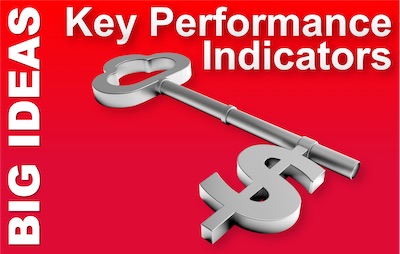 Key Performance Indicators – or KPIs – stem from an insight that is most often attributed to Peter Drucker, in his 1954 book titled, ‘The Practice of Management’:

‘What gets measured gets managed’

That attribution may be contested, but the central assertion seems pretty sound. If your organisation measures performance against a specific metric, then its managers feel an incentive to manage their parts of the business, so that they perform well against that metric. KPIs are nothing more nor less than the key – or most valuable – metrics.

END_OF_DOCUMENT_TOKEN_TO_BE_REPLACED

Take two electrical engineers. Put one into a management consulting role and the other into academia. Mix them up, and what do you get?

Yes, it is a trick question. Robert Kaplan and David Norton developed a powerful business strategy and performance measurement tool. Indeed, it’s a tool all managers should be aware of and understand: The Balanced Scorecard.

Robert Kaplan was born in 1940 and studied Electrical Engineering at MIT, gaining a BS and then an MS, before moving to Cornell, to take a PhD in Operations research.

He started his academic career directly afterwards, moving to Carnegie Mellon’s Tepper School of Business in 1968. He remained there until 1983, serving as Dean of the school from 1977.

In 1984, Kaplan moved to the Harvard Business School, to take up the chair as Marvin Bower Professor of Leadership Development, which he now holds emeritus.

In 1987, Kaplan, along with William Bruns, first defined Activity Based Costing. It was to become a widely used methodology for gaining control of strategic revenue expenditure in industry. Ironically, it only started to lose ground when a new, more broadly-based approach started to gain popularity.

That approach was the Balanced Scorecard. And this was developed by Kaplan, along with David Norton. They first published their idea in a seminal paper in the Harvard Business Review, in 1992: ‘The Balanced Scorecard—Measures that Drive Performance‘.

David Norton was born in 1941. He too studied Electrical Engineering, at Worcester Polytechnic Institute. He moved to the Florida Institute of Technology for an MS in Operations Research, and then to Florida State University for an MBA. He also gained a PhD from Harvard Business School.

Norton’s career was in consultancy, cofounding Nolan Norton & Co in 1975, and serving as president until it was acquired in 1987 by KPMG Peat Marwick. He became a partner, but shortly after the publication of Balanced Scorecard—Measures that Drive Performance‘ in 1992, he founded a new business to promote consulting with the Balanced Scorecard at its heart.

We’ve covered the Balanced Scorecard before. But let’s revisit it in some more detail.The idea supposedly came from a conversation David Norton had on a golf course with IBM Executive, John Thompson. Thompson reportedly observed that he needed a scorecard, like the one they used in golf, for running his company.

In a variant metaphor, Kaplan and Norton suggest that it would be an unsafe airplane that had just one gauge in its cockpit. So the idea was born for a scorecard that looks at the business from multiple perspectives. Initially, it is four:

Together, the key measures (or KPIs – Key Performance Indicators) under the headings articulate the organisation’s strategic priorities.

The Origins of the Balanced Scorecard

The original idea, however, tracks back to Art Schneiderman in 1987. He went on to work on a research project with Kaplan, and Norton’s firm Nolan Norton. This collaboration led to the publication by Kaplan and Norton in 1992, and their subsequent 1996 book, The Balanced Scorecard: Translating Strategy into Action. It’s now out of print and available only second hand or in digital editions.

One can’t help wondering what happened to Schneiderman – the Pete Best (5th Beetle) of the corporate strategy world. Well, it turns out he’s an independent consultant, and he gives his own history of the first balanced scorecard.

The broad approach to implementing a balanced scorecard is:

The Legacy of the Balanced Scorecard

As a tool for controlling a business, the balanced scorecard tracks back to Taylorist Scientific Management. However, its flexibility allows managers to monitor and therefore control the measures they choose.

As a result, one of its most interesting descendants is John Elkington’s Triple Bottom Line. 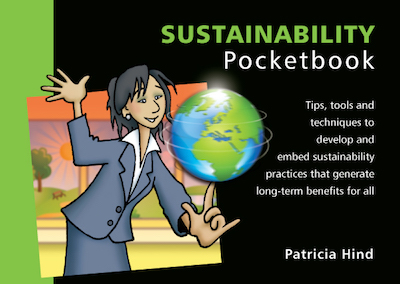