END_OF_DOCUMENT_TOKEN_TO_BE_REPLACED

Rensis Likert made an important contribution to management in the 1960s, which was to influence many large corporations in the US and Japan. Do you:

Almost all of us have, at some time, had to use this type of simple perceptual scale. It is called a Likert Scale, after Rensis Likert, who invented it early in his career. But there is more to him than that, as we shall see.

Rensis Likert was born in 1903, in Cheyenne, Wyoming. In 1922, he went to study Civil Engineering (following his father) at the University of Michigan. However, during a Sociology class in his senior year, he realised he was more interested in people than in things, so switched subject and won his bachelors degree in Sociology and Economics, in 1926. In 1932, he was awarded a PhD for research in the new field of Social Psychology, by Columbia University. As a part of his research he developed a simplified scale for gauging opinions, which bears his name today. His research demonstrated that, despite its simplicity, it was able to achieve equally reliable results, when compared with more sophisticated approaches.

Likert then took on a series of increasingly important roles: lecturer in psychology at New York University, Director of Research at the Life Insurance Agency Management Association, and then  in 1939, he became a Director responsible for surveys at the U.S. Department of Agriculture. Gradually his role in Government surveys expanded, and during the US involvement in the Second World War, he headed up a part of the Office of War Information.

After the war, Government contracted and surveys were no longer mandated by Congress. So Likert, along with his colleagues sought to establish a centre for reseach into surveys at one of the universities. In 1946, they settled at the University of Michigan and founded the Survey Research Center with Likert as its first Director. The centre changed its name in 1949 to the Institute for Social Research (ISR) and has grown and thrived ever since. Likert remained Director until his retirement in 1970, when his co-founder, Angus Campbell, became the second ISR Director.

During the 1950s and 60s, Likert directed his research interest towards management. His 1961 book, New Patterns of Management, proved highly influential. It introduced his four systems of management and articulated his advocacy for ‘System 4‘. He followed this, in 1967, with Human Organization: Its Management and Value. This further detailed System 4, and contains his most widely quoted statement:

In 1970, he established his consulting business, Rensis Likert Associates, to capitalise on his thinking, and he also continued to develop and publish his ideas. His 1976 book, New Ways of Managing Conflict, was also very successful.

Likert articulated four styles of management. We can easily see these as an extension of the Theory X / Theory Y approaches that Douglas McGregor articulated.

The four systems are:

Decision-making takes place at the top of the organization and these decisions are imposed on others without consultation. There is little sense of teamwork and not much communication, other than threats, which form the primary means of driving performance (motivation). Consequently, it is only upper management who feel any sense of responsibility for the organisation’s goals.

This is a patriarchal, patronising system based on a master-servant relationship between management and employees. Rewards are the  motivators and teamwork, communication, and a sense of ownership of the organisation’s goals are still minimal.

In this style, managers trust subordinates but not wholly. They motivate with both rewards and involvement, and expect a higher level of responsibility for meeting goals. There is  a moderate amount of teamwork and some communication across and between levels.

Participative management is based on trust and confidence in employees. Goals are determined collectively and form a basis for motivation and rewards. This fosters a collective sense of responsibility for meeting company goals, and incentivises collaborative teamwork and open communication.

The Characteristics of Likert’s System 4

Likert felt strongly that System 4 was the optimum system for managing an organisation, as McGregor argued for Theory Y as a means of motivating individuals.

He set out four principal characteristics of successful System 4 management:

This all has a very modern feel to it and it is hard to feel the sense of novelty Likert’s ideas had in the 1960s. This, I suggest, is a measure of the importance of Likert’s ideas. So I choose Option e. Strongly Agree.

The Social Network was a hugely successful movie about the founders of Facebook. For a real understanding of social networks, we need to deploy some powerful mathematics, implemented by sophisticated software. Don’t worry, there will be no maths in this blog, but we will look at the founder of the field, corporate anthropologist, Dr Karen Stephenson. 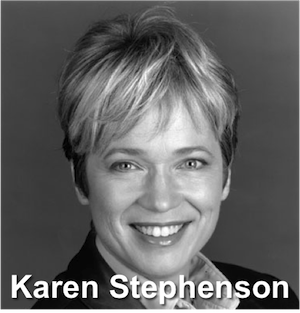 Stephenson’s work takes the early history of social networks to a new, modern, scientific level. Her methodology for analysing the networks within and between groups (who may be within and among organisations) leads her to be able to identify points of resilience and points of weakness. Stephenson asserts that social network analysis can help strengthen organisational learning, plan and develop leadership succession, enhance creativity and innovation, and facilitate change.  These capabilities flow from the trusting relationships that networks represent, and those relationships offer the single greatest route, Stephenson would say, to organisational success… or failure.  She describes this as her ‘Quantum Theory of Trust’, about which she has written a book of the same name.

Karen Stephenson is a polymath, with first degrees in fine art and chemistry, and a doctoral degree in anthropology. She acts as an independent consultant, runs her company, Netform, which conducts social network analysis, and is an academic, currently lecturing at Rotterdam School of Management at Erasmus University. This was preceded by five years at the Harvard School of Design and ten at the UCLA Anderson Graduate School of Management. Her ability to analyse networks made her a valued consultant to the US Government, following the terror attacks in 2001, whom she helped analyse terrorist networks and how they could be weakened.

Her most widely known contribution is to identify three key roles within all of these networks: 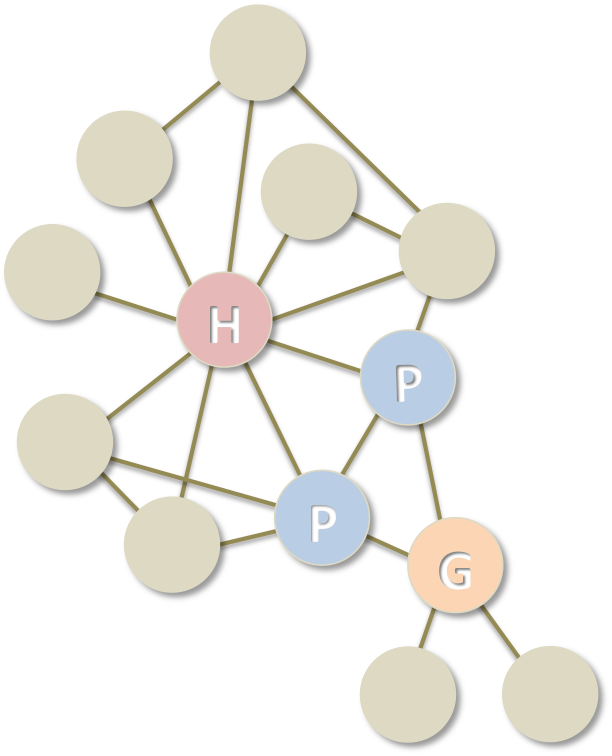 You can learn more from a range of valuable resources on the web:

…and this excellent video from Gilda Haas.