Change is a never-ending part of organisational life, and managing it effectively is one of the principal challenges for managers. So you need to understand the process, so that you can support effective change in the people who make up your organisation. 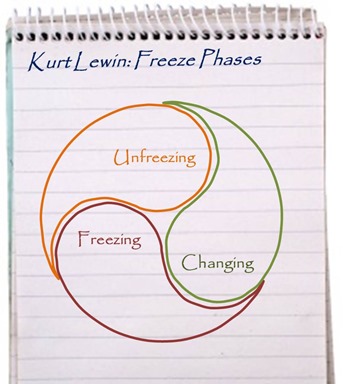 When Lewin described this model, he was clear that the phases represent parts of a continuous journey; not discrete processes. However, not everyone understood this – or even took the time to read Lewin’s own writing. The model became neglected largely because his use of the term ‘phases’ led to false interpretations that he was referring to static stages.