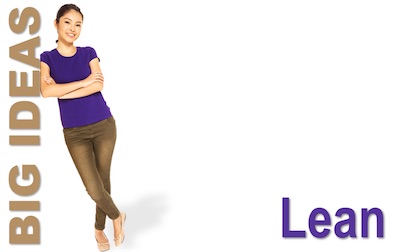 Lean is an addictive drug.

But I’m not talking about the nasty mixture of cough syrup and soda that is hooking young Americans on codeine and promethazine.

I’m talking about the current favourite method for reducing corporate corpulence, which has been popular for nearly twenty years.

But don’t for one moment think Lean is a passing fad. Its day will come, for sure. But its pedigree is a rich one. And whatever will replace it must share many of its aspirations and principles, just as Lean shares much with TQM*, BPR* and much that has gone before.

END_OF_DOCUMENT_TOKEN_TO_BE_REPLACED 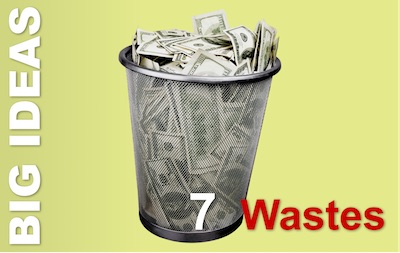 Waste is a bad thing. So, any wise manager will do well to eliminate it. You just need to know where to look. One of the many contributions of Taiichi Ohno and his Toyota Production System (TPS) was to catalogue 7 Wastes that we need to eliminate.

The 7 Wastes are now a fundamental part of the concept of lean thinking; whether applied to manufacturing, services, or public administration. By understanding them, you can make just about any process more efficient.