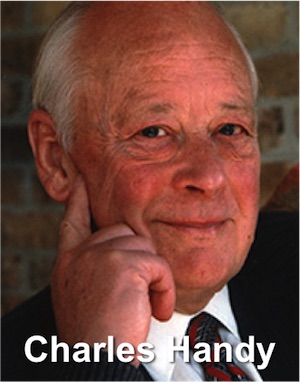 Rapport is a harmonious relationship in which two people communicate easily and effectively.  Rapport-building is a valuable skill for anyone who wants to communicate better and influence people.

There are many things that you can do to strengthen rapport during a conversation, and most of them reflect the things that will happen naturally anyway.  Postural matching and echoing the rhythms of speech with nods and small movements can be both subtle and powerful, for example.  These are often the focus of rapport-building training.

Other, easier techniques are often over-looked or down-played, like repeating back key words and phrases, agreeing with what you hear, and showing your approval for what is being said: human beings love to be affirmed and approved of!

But one of the simplest and best ways to get rapport quickly is to establish or reinforce a common interest or experience with someone.  This simple conversational gambit is what we often do naturally when we meet a new person for the first time: we ask simple questions hoping to find something we have in common:

‘Ah, you come from Rotherham.  I know Rotherham.’

‘Oh, you worked for ABC Inc – I have done business with them.’

Common ground is the easiest basis for rapport.

I was working with a group recently, which included several people with a sales background, who introduced me to a simple tool for remembering how to develop this aspect of rapport: FROGS. 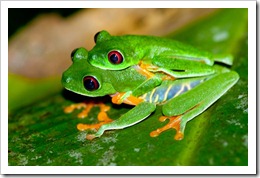 Photo by Brian Gratwicke
Click on photo for original

FROGS reminds us of five sources of rapport with someone – and therefore five subjects of conversation we can use to start a meeting up and thereby build rapport.

Friends
Who do we know in common?  Ask after shared friends.  Take an interest in their friends.  LinkedIn gives you a possible route to researching this.

Relationships
You could interpret this as family, if you know them well enough, or as business relationships otherwise.

Organisations
Current or past organisations with which they are connected – in both formal and informal contexts.  Think about employers, professional or trade organisations.  Political and religious organisations need to be handled with care.

Geography
Place is an important anchor for many of us, so when we share connections to towns, villages or countries, it can create a strong bond.  Often there are allegiances and experiences that go with this, which can also strengthen rapport.

Social
… or, for some people, just Sport.  But it is far better to think as widely as possible about social connections, into voluntary groups and other interests.  These are often the things people actively choose to do, so they are bound to be important to them.  Asking about them and taking an interest is therefore a strong signal of liking and respect.

More on rapport and good communication in: