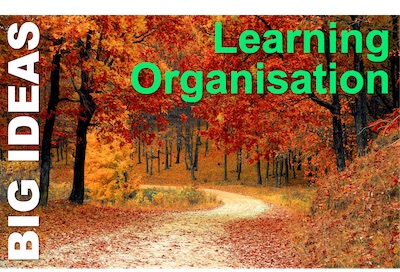 What’s the biggest long-term competitive advantage an organisation can have? It’s the ability to adapt rapidly to changing circumstances. And for that, it needs to learn. That’s the Big Idea behind Peter Senge’s Learning Organisation.

The Learning Organisation sits at the confluence between two powerful forces for good:

What it means is simple in concept, though fiendishly hard to achieve in practice. A learning organisation is one that continually develops and evolves so that everyone shares a consistent vision and collectively prepares themselves to meet the next challenge in achieving it.

END_OF_DOCUMENT_TOKEN_TO_BE_REPLACED

James Dean or Kirk Douglas? Jimi Hendrix or Vera Lynn? Why do some people die young and other live long and productive lives? Arie de Geus, who himself is living a long and productive life, asked the same question of companies. And the answer he got was, like the long-lived companies,  unexciting, cautious, yet robust.

Arie de Geus was born in 1930, in Rotterdam in the Netherlands. While studying for his doctorate in Business Administration at the Nederlandse Economische Hoogeschool (now, Erasmus University) in Rotterdam, he started working at Royal Dutch Shell to support himself through his studies.

His career at Shell was long and successful. Over 38 years he took a number of regional and corporate roles. They culminated with leadership of Shell’s Group Planning Department, famous for its innovations in Scenario Planning. There, he focused his attention on Portfolio Analysis and Organisational Decision-making. He concluded that organisational learning was a key to successful decisions and corporate longevity.

He developed this theme in a Harvard Business Review article in 1988, ‘Planning as Learning’. When de Geus retired from Shell in 1989, he rapidly got involved with the newly founded Center for Organizational Learning, at MIT, joining Chris Argyris, and Edgar Schein among its advisors, and Peter Senge, as its first Director. In 1997, he wrote the book that has brought him most prominence: ‘The Living Company’.

In his research, de Geus found that the average life expectancy of European and Japanese companies is 12.5 years. For large multi-nationals, it is between 40 and 50 years. Why then, are some able to last hundreds of years? De Geus argues that all have a potential life of 200 to 300 years, and he set out to learn the secrets of those who have achieved it.

His principal conclusion is simple. The problem is profits. Or, more accurately, it is a short-term focus on building profits, at the cost of a longer-term focus on all aspects of the business. Chief among the long-term aspect, de Geus highlights the need to nurture people. How a long life, a business needs to prioritise human capital over financial capital.

The title of his book arises from two hypotheses de Geus sets out:

Therefore, for the living being to thrive, it must continually learn, and build on what it has, rather than constantly seek to throw out the old, and with it, the organism’s accumulated wisdom.

Other factors he found, which characterise the long-lived companies he studied, are:

He uses these to carry forward his metaphor of companies being like living organisms, in suggesting that these characteristics also represent successful survival strategies for real living creatures.

Without a doubt, de Geus sets out a corporate, rather than entrepreneurial growth agenda. And his approach to human capital aligns him with other proponents of the human side of the enterprise, starting with people like Follett, Owen, Mayo, and McGregor.

His analysis is also more nuanced and less of a ready-recipe, than the book that followed it a few years later and also looked at long-lived companies: ‘Built To Last’ by Jim Collins and Jerry Porras. Perhaps the biggest difference is that, while de Geus saw average companies as lasting up to fifty years, and targeted longevity on 200-300 years. Collins was interested, in Built to Last, on those that make it past the 50 year mark. Maybe de Geus would see these as merely promising adolescents. 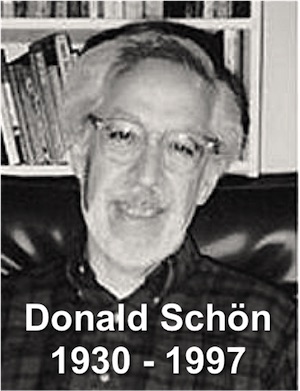 If business strategy is the search for competitive advantage, then the Journal of Business Strategy would seemed to have endorsed one strategy above all others. In naming Peter Senge as their ‘Strategist of the Century’ they implicitly set his concept of The Learning Organisation on a strategic pedestal. Indeed, they described Senge as someone who ‘had the greatest impact on the way we conduct business today’. 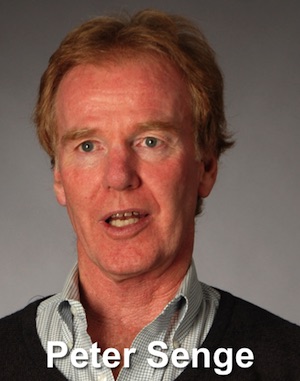 Peter Senge was born in California, in 1947. He attended his local university, Stanford, where he earned a BS in Engineering. He moved to MIT where he studied Social Systems Modelling for his MS, followed by a move to the MIT Sloan School of Management in 1970, where he gained a PhD in management that he completed in 1978. He stayed on, continuing his research into how we learn, within organisations.

His research culminated in his best-selling synthesis of these ideas, ‘The Fifth Discipline: The art and practice of the learning organization‘. This book has been rated by Harvard Business Review as one of the seminal management books.

His subsequent work has built on this theme:

What is The Learning Organisation?

The learning organisation is one that encourages continued learning for both groups and individuals, as a source of competitive advantage. People at all levels from shop floor to senior management will be continually developing their skill levels, knowledge and experience. It is like building an institutional ‘growth mindset’ by increasing the creative capacity.

When Senge published The Fifth Discipline in 1990, the ideas were not new. Indeed, Senge acknowledges his debts, especially to Chris Argyris, and his 1978 book ‘On Organizational Learning‘; and to Arie de Geus. The term “Learning Organization’, which Senge has made his own, was coined in 1987 by Bob Garratt, in his book ‘The Learning Organization and the Need for Directors Who Think‘.

In The Fifth Discipline, Senge describes five core components of personal development. This book is often viewed as highly theoretical, so his follow-up Fifth Discipline Fieldbook set out practical answers to the questions he received about ‘how’ to implement these ideas.

The five means of development, that create a Learning Organization, are: