It’s just a few people who could claim to have invented an academic discipline, but one who could, with some justice, is Alfred D Chandler. He was a historian who studied business, and in so doing, he inferred large historical patterns that still inform our thinking.

Alfred DuPont Chandler was born in 1918 into a Delaware family that had commerce in its blood. In one branch of his family was grandfather Henry Poor, of Standard and Poors, and in another was the duPont family. He studied for a Masters degree at Harvard College before the war, where he was a friend of John F Kennedy. After service in a non-combat role, he returned to Harvard to finish his Masters and earn his PhD with a study of Henry Poor and the coming of the American railroads..

An appointment to MIT allowed him to study more large corporations in depth. His analysis of duPont, General Motors, Standard Oil, and Sears Roebuck & Co led to the publication in 1962 of the first of his three most noteworthy books (among over 25 in total): Strategy and Structure.

He also worked for a while at Johns Hopkins University, before returning Harvard in 1970, as the Isidor Strauss Professor of Business History at the Harvard Business School. There, he wrote his second major work, 1977’s The Visible Hand: The Managerial Revolution in American Business. This exceptional work won Chandler the Pulitzer Prize for History, and was the first business book to be recognised with a Pulitzer Prize. The title is a deliberate reply to Adam Smith, whose ‘invisible hand’ is the market. We’ll see what Chandler was referring to in a moment.

In 1990, Chandler published the last of his three major books, Scale and Scope: Dynamics of Industrial Capitalism. In this he shows that it is not just scale of operations that bestows big economies and hence competitive advantage. It is also scope – capturing a diverse spread of markets early on. Uncharacteristically, Chandler looked to economics and borrowed the term ‘first mover advantage’.

Having retired from the Harvard faculty in 1989, Chandler continued to work, write and comment on changes in business, and was a visiting professor at numerous institutions. He died in May 2007.

Chandler’s approach of wide-ranging comparative analysis to find historical patterns of evolution and change initially encountered a lot of resistance from the academic business community. These academics favoured using economic and quantitative analysis to build their theories, but Chandler was able to change many (though not all) attitudes. Today’s business school focus on case studies and the rise to prominence of academics and writers like Jim Collins.

The primary thesis of Chandler’s ‘Strategy and Structure‘ is that strategy must come before (and therefore dictate) the structure of the corporation. His historical observations led him to conclude that market forces need to drive shifts in the way organisations evolve, and he was able to predict the increasing trend for decentralisation that continues, in the largest businesses, today.

More recently, academic and business commentators have disagreed. Tom Peters observes that it is structure that determines which strategy a corporation will select, and Richard Tanner Pascale argued that Chandler assumed that organisations act rationally. They don’t, and he also notes that organisational structures play a big role in shaping strategy.

‘Few historians were prescient. Chandler was.’

Arguably, Chandler is, along with Igor Ansoff, one of the founding advocates of the study of business strategy.

Chandler also charted the rise of professional management; first in Strategy and Structure and then, more fully, in The Visible Hand. He saw managerially led corporations in the US rise with the growth of the railways and the need for complex, geographically-spread, systems. These first arose within the railway companies, and then in the corporations that grew nationally, due to the opportunities that long-distance transport offered.

It was the visible hand of an organisation’s managers that replaced Smith’s invisible hand of the market as a major driver of the structure of a modern business.

I rarely cite another website for further reading about our Management Thinkers, but in this case, I am compelled by the excellence of the article at the Strategy + Business site. I have deliberately avoided borrowing from it. If you are interested in Chandler, this should be your next port of call. 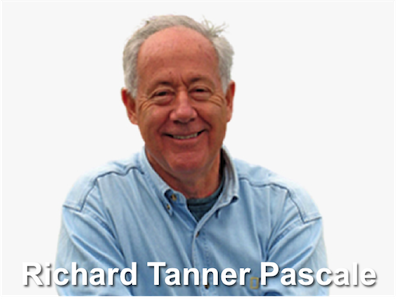