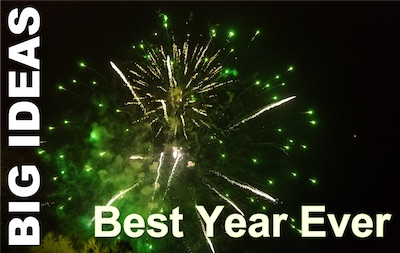 It’s January the First. Happy New Year. And wouldn’t it be great if you could make this year your best year ever?

Well this is the mission of one of the biggest names in today’s self-help industry, Michael Hyatt. His ‘Your Best Year Ever’ online program has been running for a number of years now. And last year, he published it as an ordinary book. No more are we reliant on a high-priced wait-listed program. For a few pounds or dollars, you can read his guidance and follow his plan.

2019 promises to be a difficult year, globally. So, let’s find out how you can have your best year ever.

END_OF_DOCUMENT_TOKEN_TO_BE_REPLACED

To British readers, Karren Brady will be a familiar face and name. But she ascribes her achievements as a business person to a set of ten simple “Rules for Success’ that are commendably ‘obvious’. There is nothing academic or theoretical about them; they set out in simple terms the basic requirements to succeed in business, and that is what this blog is about. 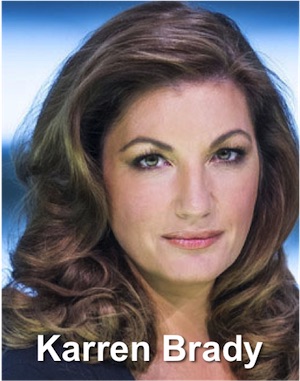 Karren Brady was born in 1969 and grew up in North London, attending private schools. Skipping college, she joined ad firm Saatchi & Saatchi as a trainee before moving to London radio broadcaster LC, as an advertising executive. There, she snagged a major account with one of her father’s business contacts, David Sullivan – then proprietor of the Daily and Sunday Sport newspapers. This started an association with Sullivan and his business partner, David Gold, that continues  today.

Brady moved to Sullivan’s Sport Newspapers business and was appointed a director at the age of 20. There, she saw that football club Birmingham was up for sale and persuaded her boss to buy the club and to let her run it as Managing Director. When he did both in 1993, she acquired the soubriquet of First Lady of Football. She successfully turned around the business from being in receivership to being highly successful – allowing its owners, Gold and Sullivan, to sell it for over £80 million in 2009.

The owners went on to buy a 50 per cent share in the club West Ham United in 2010, and become its co-chairmen. They appointed Brady as Vice-Chairman. There, she has led a turnaround in its fortunes and a successful bid to move from its old home to the London Olympic Stadium.

Brady has held and continues to hold a range of non-executive directorships. She champions business, entrepreneurship and women in business, also being a vocal advocate for mentoring of women and young people. She is equally active as a brand ambassador for some big names and as a charity contributor.

Brady has written six books, the most recent of which is Strong Woman: The Truth About Getting To The Top (2013). This is one of two that are autobiographical. Two are business advice books and two are novels. She became more famous still after an appearance as a guest interviewer on BBC television’s UK version of The Apprentice (hosted by Alan Sugar), later going on to take a permanent role in the show, from season 6.

She also has a strong political drive, being welcomed into the UK Conservative Party and appearing at their conference on a couple of occasions, before being appointed as the government’s Small Business Ambassador in 2013. A year later, she was named as a life peer and became Baroness Brady of Knightsbridge.

Unlike many subjects of Pocketblog, Lady Brady makes it easy for us to access what she believes to be the secrets of her business success. She has written a short Kindle book called ‘Karren Brady’s 10 Rules for Success‘. This follows a more personal, earlier book, ‘Playing to Win: 10 Steps to Achieving Your Goals‘ (2004).

Brady’s ten rules will not surprise any reader of Pocketblog. They are simple and obvious. But that does not negate their value. Sometimes we need to be reminded that it is important to (Rule 1) Work Hard. Brady does this herself and expects it of her staff. Why should we think that the oversupply of get rich quick self help advice can really achieve anything for anyone except the authors? If you want something, you need to put in the graft.

It would be easy (but an unreasonable re-use of Brady’s ideas) to list her ten rules. So instead, I want to select my personal top three, and explain why I think they are the most valuable to Pocketblog readers.

Brady uses this rule to positively reinforce your potential. Rather than saying: ‘get real: you don’t really have what it takes’, she uses it to point out that, especially for women, we have real resources and talents, even if they are not in the obvious places. What Brady seems to say is: ‘get real, you do have what it takes’.

But it’s not all sweetness and light: reality can be tough. You need to address your weaknesses and fix things that aren’t working before you can move upwards. This, she points out, is hard and can make you unpopular. But that is sometimes the price you will need to pay, if you want to achieve something of value, and therefore, you need to start by being realistic about yourself, and honest with yourself.

Rule 8: Know how to Negotiate

Business is all about one negotiation after another. It seems unsurprising that someone as highly regarded by Lord Sugar as Brady is, like him places a premium on negotiating skills. She sees it as a ritual combat, to be conducted fairly and without personal rancour. Brady gives this advice:

‘The first rule of negotiation is to work out what you’re prepared to accept in advance and stick to it. No one ever starts where they want to finish.’

The alternative is to think: ‘I have to have that at any price’. If you think that, you will end up paying a dreadful price. There’s always an alternative option to reach the same goal.

If you take this approach, you will know when to say no and walk away, avoiding an outcome you will later regret. This may make you a tough negotiator, but remember that it should not be personal. But it is about persuasion. You need to create a personal contact, to figure out what the other person wants and how you can give it to them, while getting what you want.

You don’t need an MBA to know the importance of profitability in business, but Brady takes the idea of a forensic focus on every last penny or cent of expenditure to the utmost limit. It is a philosophy that tracks back to the proverb:

Brady describes this as a ‘small-business mentality’ and betrays a possible alternative reality where, instead of being a salaried business leader, she might have been a successful entrepreneur with a string of her own businesses to her name. That would have been interesting.

Personal success is about more than taking advantage of opportunities.  One of the most powerful personal attributes is resilience – the ability to take the knocks that fate lands on you, and then get back on your feet and keep going.

Mistakes; I’ve made a few Of course, it is okay to make mistakes and, if you aren’t making any then you are either playing it too safe to really succeed, or you are supernaturally lucky.  The first key to coping in tough times is to be able to evaluate risks and  to take a few, knowing that one or two failures are not a sign of inevitable doom.

If, on the other hand, a pattern of failures seems to dominate your career, then maybe it is time to evaluate your decision making process.  Probably, either your criteria are wrong, or you are not fully evaluating all of the evidence before you take your risks.

The Grass is always Greener

Few people worry about how well they are doing until they suspect that their peers are doing better.  When things are easy, it is no problem to set ourselves goals and evaluate progress against them, but as things start going bad, we often feel tempted to glance over the fence to see how the folk next door are doing.  Unless you can deliberately learn from their experience, this is a destructive strategy.  If they are doing better than you, you’ll resent it: if worse, you’ll be tempted to complacency.

Continue to set yourself goals and monitor your progress against your own standards.

The Universe doesn’t hate you

In fact, it’s pretty indiscriminate.  So do not feel that adversity is your fault, or that you are fated to have bad luck.  Instead, believe in your ability to control aspects of your future, and focus on those aspects.  Let the things you cannot control happen.

There’s no point in staying angry

Oliver Burkeman in Saturday’s Guardian reported on research which shows that forgiveness really does help us, by making us less likely to suffer from high blood pressure, clinical depression and other health problems.  So don’t get angry, don’t stay angry and let go of past injustices and misfortunes.

Personal Success is a Set of Skills

There are a pocketful of Pocketbooks to help you achieve success, starting with The Personal Success Pocketbook, in which you will learn that Abraham Lincoln suffered twelve major failures before being elected President – that’s resilience.  Of course, we could argue that perhaps he’d have lived a longer life if he’d taken heed!

The Self Managed Development Pocketbook

The Energy and Wellbeing Pocketbook