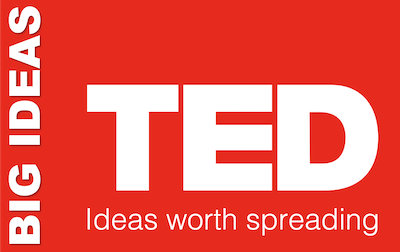 I am loathe to introduce you to TED, if you don’t already know it. It is like crack cocaine for the intellectually curious. That is, it provides a deep sense that you are awesome and can achieve anything. And it’s highly addictive.

Since the organisation started as a promoter of conferences, it has grown into a worldwide phenomenon and a fantastic intellectual resource base. You can learn about whatever topic or field of human endeavour interests you. TED invites some of the world’s leading thinkers and practitioners to give the talk of their lives – or sometimes a demonstration or performance.  And it records those talks and makes them freely available.

END_OF_DOCUMENT_TOKEN_TO_BE_REPLACED 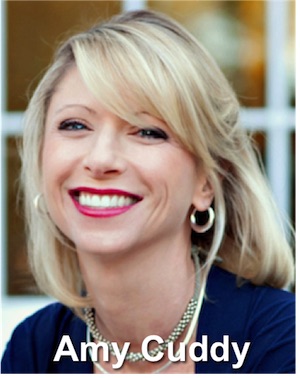 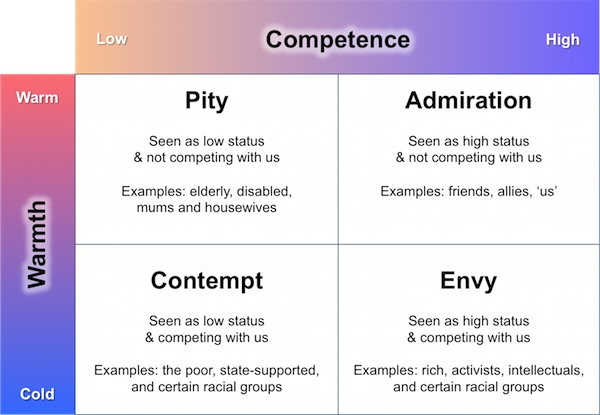 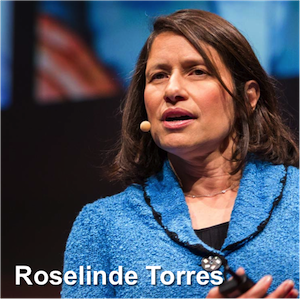 Roselinde Torres is an inspirational thinker, who is actively researching and developing the field of organizational leadership.

Like many people, I first became aware of her through her ten minute TED video (which is embedded at the end of this blog).  Her ideas are simple, but thoroughly researched.

Torres is currently a senior partner at the international management consulting firm BCG – formerly Boston Consulting Group; perhaps most famous for the BCG Growth Share Matrix.  At BCG, she leads their thinking and research into leadership.

Before working at BCG, Torres led internal consulting teams at Johnson & Johnson and Connecticut Mutual Life, and was also a partner at Mercer Delta Consulting.  She studied English and Spanish at college, and also gained an MS in Human Resource development.

As regular readers of this blog will know, I am easily seduced by a good model, and I very much like Torres’ model of Adaptive Leadership.  Adaptive leaders operate effectively in a modern uncertain and ambiguous environment, by creating the conditions to enable dynamic networks of stakeholders to work together, towards common goals.

Torres argues that adaptive leaders need to build and enhance their abilities in four dimension – which she describes as new, but I think that is a touch hyperbolic.

What makes the model a little more clever than some is how she finds language to chart the four dimensions onto compass points north, east, south and west.  Adaptive Leaders need to:

Navigate a VUCA (volatile, uncertain, complex, ambiguous) business environment, by embracing all of those subtleties, rather than by trying to over-simplify them or ignore them.  For this, Torres argues, they need to cultivate a wide diversity of perspectives and share their leadership responsibilities.

Empathise with the people they lead, seeing the world through multiple perspectives, and drawing people together.

Follow a cycle of trial and learning.  Adaptive leaders are not afraid to conduct experiments before committing the whole organization to a strategy.  This means learning from failures, but also seizing successes.  It can lead to greater agility combined with higher certainty of success.

Create sustainable success for all stakeholders, by developing lasting assets like networks of collaborators, and influence into the wider social setting of the organization. 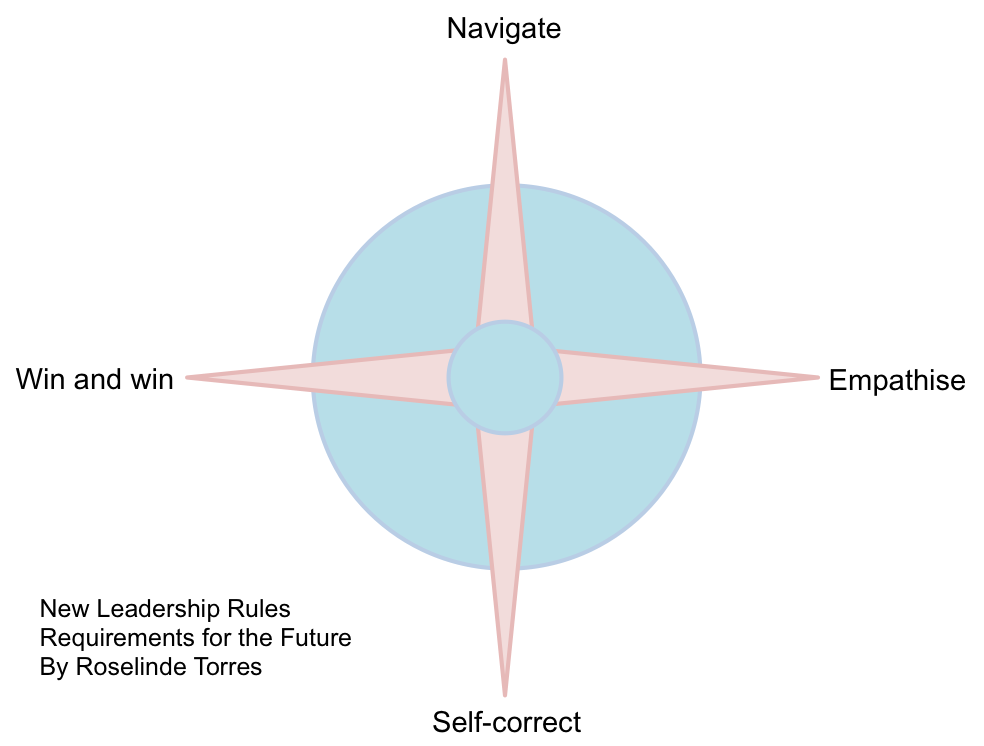 In her TED video, below, Torres picks up on some of these themes and emphasizes three questions leaders need to ask, which I shall paraphrase.  Do watch this ten-minute video, though.  Torres is clear, eloquent and persuasive.

These are fabulous and thought-provoking questions.

You can read much more about the Adaptive Leadership model in two splendid articles on the BCG website:

An interview with Roselinde Torres on How to Cultivate the Next Generation of Leaders.