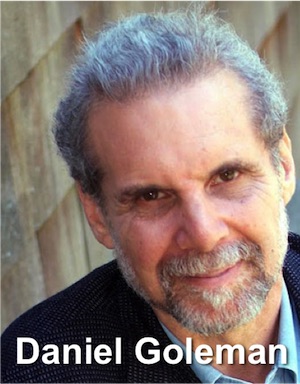 Bill Gates is currently the richest man in the world. Whilst Pocketblog is about business and management, this fact is relevant. As is the fact that he is cofounder of the wealthiest charitable foundation in the world; The Bill and Melinda Gates Foundation. All of this has come about thanks to three characteristics: fearsome intellect, relentless focus on financial growth, and a penetrating – though sometimes partial – vision of the future. 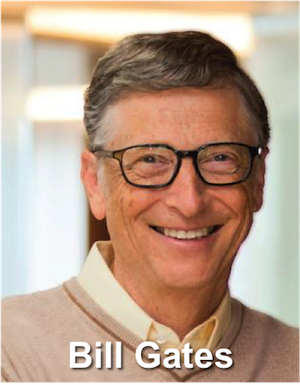 William Henry Gates III was born in Seattle, in 1955. He was a precociously intelligent child, reportedly reading a complete encyclopaedia by the age of 10. However, it was as a 13 year old that his path was set. At his prestigious private school of Lakeside, he co-founded a computer club: the Lakeside Programmers Group. There he first met future Microsoft co-founder, Paul Allen.

Visionary Coup Number 1: Gates was impressed by the computer’s relentless ability to execute instructions and determined to study and master it, as a route to wealth. (Of course, he was not alone in this)

During his time at school, Gates’ programming skills progressed from writing a simple Tic-Tac-Toe program (Noughts and Crosses, in the UK) to traffic control systems and a school timetabling program (that incidentally put him in the classes with the most interesting girls – although he seems to have spent most of his time with the computer!).

Gates’ parents saw his future career – like that of his father – in the law and he went to Harvard Law School in 1973. However, he sent more time in the computer department, where he met his other long-time Microsoft partner, Steve Ballmer. But it was with Paul Allen that Gates founded Micro-Soft in 1975 – renamed without the hyphen a year later. They pursued an opportunity to write code for the new Altair 8800 computer, aimed at hobbyists. By 1977, Gates had dropped out of Harvard, with the blessing of his parents.

Visionary Coup Number 2: Gates saw early circulation of his software among hobbyists as what we would now call piracy and wrote trenchantly defending the right for software writers to make money from their work. (Of course, others shared that conviction)

His biggest visionary coup originated in a request in 1980 from IBM (then an absolute colossus) for Microsoft to create a BASIC Interpreter to allow users of its new Personal Computers to write programs using the popular language, BASIC. They also mentioned the need for an operating system.

When IBM and the company Gates recommended failed to reach agreement, Microsoft stepped in and offered to create an operating system. They did so, by buying the exclusive rights to an existing OS, and adapting it. But his genius vision came next…

Visionary Coup Number 3: Gates saw that IBM’s PC model would be copied, and every new computer would need an operating system. So he sold IBM the right to use his OS, but retained the copyright for Microsoft.

Soon, every PC or PC clone had Microsoft’s MS DOS as its interface with users. It rapidly displaced a host of competing operating systems. In 1985, Microsoft evolved the command line OS into a new paradigm (championed by Apple) – that of a graphical user interface that they called Windows.

In the 1980s too, Microsoft began massive investment in buying up and developing the software that workers would need to do their day-to-day office tasks: word processing, working with numbers, creating databases, and producing  presentation slides (are you old enough to remember hand-drawn transparencies?).

Visionary Coup Number 4: Gates saw that PC would only be a compelling must-have tool, if it could be used by everyone to do the things everyone needed to do. Microsoft now calls this suite of tools Microsoft Office.

It was in the mid 1990s, that computer use started to shift rapidly, with the growth of the internet. Where was Gates on this?

Visionary Flaw Number 1: Gates failed to anticipate the rise of the internet and Microsoft was blind-sided by the rapid growth of Netscape, who produced the first mass-market (and free to use) browser.

Microsoft’s response was to buy a company that had a browser of its own, and then develop it into the first incarnation of their own Internet Explorer. Now, Gates’ ruthless commercial sense clicked in. He bundled the tool in with his ubiquitous OS, so that PC users would find Microsoft’s browser the easy-to-use default. This triggered a series of anti-trust battles in the US and European courts, at the start of the century.

Despite being ordered to split Microsoft into two companies at one stage, Gates fought back, vigorously defending Microsoft’s competitive dominance. He succeeded. If there is another visionary flaw, the question is whether it belongs to Gates or to Microsoft. In 2006, he started to transition out of his full time role at Microsoft, stepping down from the role of Chairman in 2014. However, he did retain the role of Technology Advisor. I think though, that he was still a dominant mind when Microsoft failed to spot another trend…

There is a lot of catching up going on now and who can foresee the future of computing in the absence of giants like Steve Jobs (now sadly deceased) and Bill Gates (now largely out of day-to-day technology leadership)?

By the way, some would point to a third Visionary flaw – Microsoft’s failure to spot the importance of search and the very late arrival of its Bing service into competition with Google. I don’t, simply because I don’t think this service was ever at the core of Microsoft’s vision. Whether it becomes so, is a decision for its new and future leadership.

From 2000, when he and his wife set up the Bill and Melinda Gates Foundation, Gates has increasingly devoted his time to philanthropy. It is now his major activity. He is committed to handing over half or more of his wealth to charity and has huge vision for what that wealth can achieve.

Visionary Coup Number 5: Gates has re-ignited the fervour of modern American billionaires for philanthropy, in the mould of early twentieth century leaders like Rockefeller and Carnegie. And his vision for how to spend that money is inspired by careful research and a dedication to making a real difference.

I know our readers like business and management advice, but the fact is that Bill Gates’ business and management acumen was always focused on a ruthless drive to make technology a source of massive profit, and it is now focused equally relentlessly on a few global initiatives of scale and importance. The primary lesson we can learn is simply of focus.