Sir Philip Green is rarely out of the news. A self-made business man, he has long been a dominant figure in the UK retail scene and a figure with much to admire and much to criticise. When a TV audience is split 50:50 in loving and loathing a programme, it usually becomes a hit. On those grounds, Philip Green is a business hit! 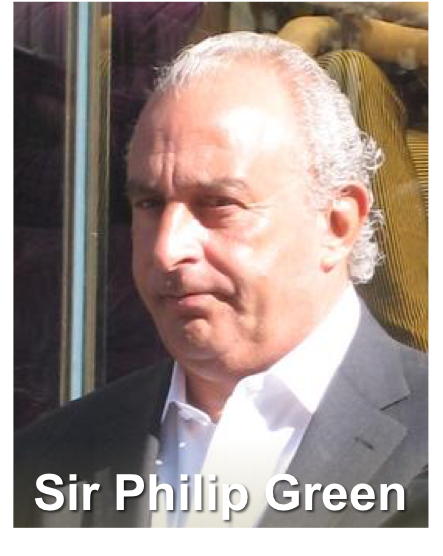 Philip Green was born in the Surrey (now South London) town of Croydon in 1952, where his parents were both involved in property and retail businesses. At the age of twelve, while at boarding school, his father died, leaving his mother to continue to run the family businesses – something she carried on into her eighties. Green, who had been used to earning money from a young age on the forecourt of the family’s petrol (gas in the US) station, left school as soon as he could, to enter the world of work.

His endeavour allowed him to work his way up through all levels of a shoe importer, to discover a real talent for selling. When he left the company he travelled the world, learning practical lessons in business, which he brought back to the UK. Through the late 1970s and early 1980s, he became adept at deals involving buying stock nobody else wanted and selling it quickly. He operated primarily in the retail apparel market. He then turned this acumen towards buying and selling companies. His deals got larger and more profitable, his reputation for rapid deal-making grew, and so did his asset base.

In 2000, Green acquired BHS – the former British Home Stores – which he rapidly transferred to his wife, Tina Green. He followed this acquisition in 2002 with the purchase of the Arcadia Group of fashion retail companies, that included some of the big names on the UK high street: Topshop, Burton, Wallis, Evans, Miss Selfridge and Dorothy Perkins. This was also transferred to his wife’s name. As a Monaco resident, the tax implications of this ownership structure have attracted much criticism in the UK.

Already owning the second largest share of the UK clothes retail market, Green tried in 2004 to acquire Marks & Spencer – the largest clothes retailer. His bid failed with much vitriol between him and the then M&S boss Sir Stuart Rose. In 2006, Green was knighted for services to the retail industry. The 2010 general election saw him coming out strongly for the Conservative party – a move that was reciprocated by the new Conservative/Liberal coalition with his appointment to chair a review into Government procurement – of which he was highly critical.

Perhaps Green’s largest business was BHS, so his business story is not one of total success. By 2012, the company’s fortunes were waning and in March 2015, Green sold the now loss-making business – debt free but with substantial pensions liabilities – for £1.

As a multi-billionaire (with his wife), Green’s spending and tax affairs attract as much media attention as his business activities. He is famed for lavish parties (spending several million pounds at a time) and equally known for his charitable and philanthropic spending. Forbes rate the couple’s joint wealth in 2015 at US $5 billion.

Whatever your view of him, Sir Philip has a talent for making decisions and turning a profit. Here are some lessons I draw from his experiences and choices.

Green built his business on fast deals: rapidly doing the deal (often making a multi-million pound acquisition in days) and quickly turning that deal into a profit. Yes, Green is adept at risk taking, but taking risks is not a secret to success. Quickly assessing the risk and understanding your own capacity to handle it is what matters, and Green was a master – particularly during the 1980s and 90s.

The Rich get Richer

Money begets money, and Green used a very simple ploy (conceptually) time and time again, to grow his wealth. He would convince banks to lend him money to make his acquisitions – of stock in the early days and of businesses later – and then turn a profit and repay his debt quickly. On one occasion in 1985, he bought a bankrupt business with a large loan, traded for a short while and sold it six months later for nearly twice as much as he’d borrowed.  He then went to his bank and asked ‘what do I owe you?’ They replied ‘3 million 430 thousand pounds’ and so Green wrote a cheque there and then, putting it on the counter and saying ‘Done.’

Green has a fiendish attention to every detail of his business, devoting much of his energy to driving efficiency into every last nook and cranny. Why did BHS fail, then? I wish I could ferret that one out, because his regal processes through his London Oxford Street empire of shops are well known within the business for ferreting out even tiny discrepancies in the selling process.

Perhaps Green’s most closely held business belief is that shareholders drive the wrong decisions. Everything should be about giving your customers what they want, rather than pandering to shareholders. This is why he turned both BHS and Arcadia from publicly listed to privately owned companies. Maybe it is also why BHS failed for him: he could no longer figure out how to give customers what they want in a general purpose multi product store. It will be interesting to see if and how its new owners can square the circle that Green could not.

Of course there are other things too, but most of them are what any manager would tell you are obvious ‘no-brainer’ habits; like: know your business inside out, respect and trust your people, keep working hard, stay alert for opportunities, and protect your supply chain. But the fact that Green does all of these does not make him different from many other successful business leaders. It’s the fact that he does them well and consistently, on top of the differentiators that make him exceptional.

That’s a pretty bizarre question – even for a blog title.  So, before I try to answer it  …and to give myself time to think, let me tell you how I come to be asking it.

I have been pondering the use of metaphors in business and management theory.  If you have taken an interest in business books or management training for any length of time, you will have come across them – probably many.  Here are a few that come to mind:

Some of these are more effective than others, of course.  All of them contain some elements of insight that make them useful.

I like models.  So I decided it’s Friday afternoon, and it’s time to play.  I wondered how easy or how difficult it would be to develop a metaphor for a randomly chosen management topic, using a randomly chosen concept.

My methodology – and I followed this honestly – was this.

Step 1
I picked a compendium of management ideas [1] off the shelf and opened it at random to give me the subject of my model.

Step 2
I then picked a book filled with different ideas[2] that happened to be by my desk (having bought it last week at the wonderful Book Warehouse by Waterloo Station).  I opened it at random to give me the basis of the metaphor.

Step 3
Brainstorming – is that a metaphor itself, I wonder?

So, why is an appraisal like the ice ages?

Well, it can do with a bit of a polish, but it wasn’t hard.
Next week, why managing your career is like the Higgs Boson.[3]

In the meantime, why not have a go?
Put your favourite established or newly coined management metaphors in the comments.

3. Same books, pages 766 and 332 respectively, but I will find something else for next week, I promise.

In the meantime, if you want to play this game, but need to know what the Higgs Boson is, try this 8 minute animated video from PHD Comics. 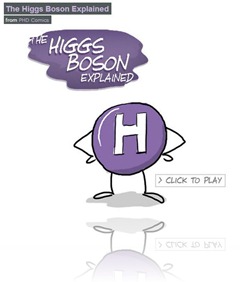 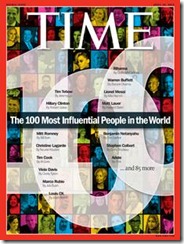 Last week, I got side-tracked in my quest to learn how Generation Y (born between around 1980 and 2000) will handle the challenge of management in the workplace.  The oldest and most talented of them are stepping up to that challenge already and we can expect a significant cohort of new Generation Y managers in our workplaces over the next few years.

Back to that highly salient topic…