Rapport is the darling topic of NLP experts and self help gurus, going all the way back to Dale Carnegie and ‘How to Win Friends and Influence People’.  But what is it really, does it have the magic it is claimed to have and, if so, how can you deploy it?   We’ll take a look at these three questions.

Rapport really exists at two levels and its power come from the interplay between the two.  At the more superficial level, it is the sense that two people have, that they understand one another fully and share each other’s concerns.  At the deeper level, rapport exists when two people have a relationship based on liking of and trust for each other.

We recognise rapport in two people who are together, when we start to notice similarities in the way they dress, their behaviour, how they speak and their movements, which often become synchronised.  We say that they are ‘in tune’ with one another, they are harmonised, they are in sync.

How effective is Rapport?

Rapport is  a natural process, which has evolved to build and strengthen bonds.  The important question is not whether it is effective, but whether we can use it to our advantage in a conscious way.  The answer seems to be yes.  Used in an artful manner, rapport-building skills are effective in domains from counselling and therapy to sales and customer service.  They are also used by con artists, so beware.

There was an excellent article in The New York Times, called ‘You Remind Me of Me’ that discussed a range of experimental evidence.

How can you use Rapport?

The basic approach to creating rapport is to match the person you are speaking with.  Do what they do and echo their movements, vocal patterns and key words.  Do so subtly (but not too subtly – it feels natural and so is rarely noticed).

Adopt a similar posture and repeat back the most important aspects of what they say – using their words.  Make your movements similar to theirs in quality and quantity, but don’t just copy them.

Speak at about the same speed and repeat important gestures and expressions, like smiling and frowning.

Build it up gradually and start to notice not only how they are more open to you, but also how much more clearly you understand what they are trying to communicate. 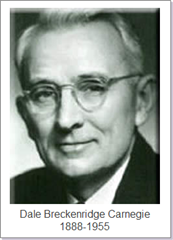 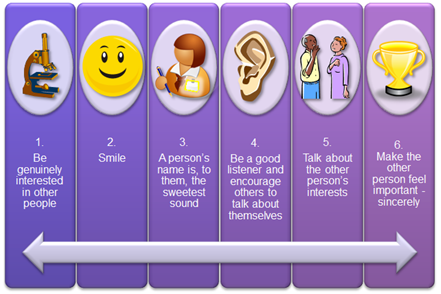