Reg Revans made one of the most significant contributions to management and leadership training. His influence continues to be felt, yet his name is comparatively unknown. 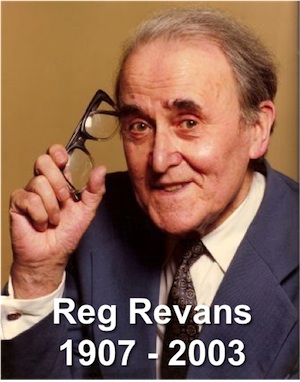 Reg Revans’ early life placed him alongside genius. Born in 1907, he attended Florence Nightingale’s funeral at the age of three and competed in the 1928 Olympic Games. He went on to study physics at University College London (BSC) and Cambridge (PhD), later working as a post-doctoral fellow with Nobel Prizewinners including Thompson and Rutherford. He found them to be brilliant teachers; not through their instruction, but because of their willingness to listen, question, and discuss. The Times obituary reports that Revans recalled Albert Einstein saying to him:

‘If you think you understand a problem,
make sure you are not deceiving yourself.‘

He left academia to work, first for Essex Council (as an education officer) and then for what became the National Coal Board (as Director of education), where he started to formulate his ideas about management training. In 1955, he returned to academic life as Professor of Industrial Management at The University of Manchester. There, he developed his ideas of what became Action Learning, based on a simple principle that he held to be fundamental: the key to better performance lay not with ‘experts’ but with practitioners themselves.

At the heart of his thinking was a belief that practitioners learn best when working together to help each other with their problems, and then taking their answers away and implementing them in the workplace. Revans distinguished between two complementary aspects of learning:

Knowledge conveyed by traditional pedagogy, lectures, classes, books, videos.  This is most valuable when the body of knowledge is well established, uncontested, and largely settled

Questions asked of experiences, at the right time, and considered with care, will yield new insights. This approach to learning is best suited to arenas where personal insights are most useful, where there is no fixed body of knowledge that commands a strong consensus, or where the situation is subject to constant change.

He expressed the learning process as an equation:

Revans designed the process of Action Learning to exploit the power of insightful questions to raise awareness and prompt meaningful action. The process is well documented elsewhere but is based on small groups (5-8 members) working together to solve real problems that each member of the Action Learning Set brings to the group. Participants focus on exploring answers to simple but deep questions like:

Whilst Action Learning Sets initially benefit from a skilled facilitator, their modern incarnation as high functioning mastermind groups, learning loops and other similar structures do not always require a separate facilitator. As participants get used to the process, they can manage it themselves.

Here is a short (3 mins) video of Revans speaking about his ideas.