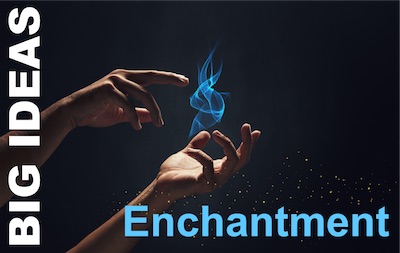 There’s nothing new in the idea of enchantment. It’s been turning up in fairy tales, legends, and myths for thousands of years. So, when Guy Kawasaki applies the word as a metaphor for how to influence customers, is he telling us anything new?

Like many big ideas, the modern version of enchantment isn’t new. And also like many, you could interpret it as stating the obvious. His book contains nothing a well-read and experienced manager won’t have encountered before.

But, also like many big ideas, the value really comes where we too-easily overlook the familiar. So we need reminding of what we already know. And coining a great metaphor is a good way to do it. So let’s look at what lies at the heart of Kawasaki’s Enchantment.