In the ‘good old days’ – good old days for managers, that is – there was one style of management:

Tell them what to do – expect them to do it – punish them if they don’t.

Life must have been easy then for managers: no need to motivate people (more on that in coming weeks), no back chat and alternative ideas from staff, no worry about giving offence, and high levels of compliance.

On the other hand, how efficient were workers then? Frederick Winslow Taylor wanted to apply the principles of science to management and was the first person to try to analyse an organisation, test his ideas with experiments, and document the results.

‘Taylorism’ treated people as cogs in a machine. Optimise all aspects of the process, including people, to get the best results. So Taylor introduced time and motion studies to optimise how workers did things, and piece rates as incentives for workers. He said ‘do it this way and you will get your reward’. This was scientific management.

Scientific Management largely failed. Yes, it led to the hugely successful production line and arguably to just-in-time concepts too. Six Sigma, TQM and Lean can all draw their origins from scientific management too.

But it failed as regards people. Elton Mayo was a follower of Taylor and tried to apply Taylorist principle in the Hawthorne Lighting Plant. He discovered that changing light levels changed work rates. But it didn’t matter how you changed the light levels, as long as you engaged the workers in the process. What mattered was engaging people. It still does – that’s why staff engagement is such a big deal.

These are reflected in two contrasting styles of day-to-day management: Management by Objectives (MBO) and Management by Walking About (MWA).

MBO is all about setting clear objectives to staff and supporting them in achieving them – it is formal, transactional and has been seen as highly successful. For example, Bill Packard attributed the success of Hewlett Packard in its heyday to MBO.

But strangely, Bill Packard was well known for wandering around all areas of his business, chatting with people, building relationships, sharing ideas and offering inspiration.

There is no ‘right’ style of management. We each need to find the right balance, that works for us. We also need to adapt that balance to each individual and to changing circumstances. 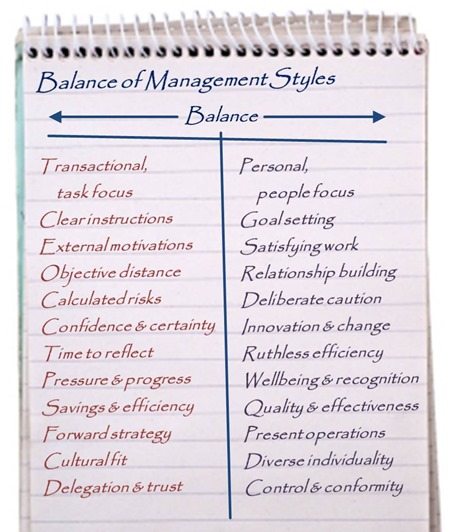 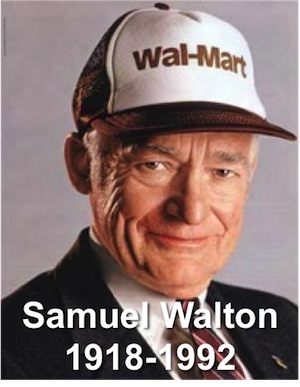