“The best sales people have a 4:1 listen-to-talk ratio”

Neil Rackham of the Xerox Corporation discovered this astonishing statistic and, if you want to influence people to get more of what you want, you’ll do well to apply this knowledge.

Rackham is best known for the concept of SPIN Selling and the book of the same name. Here’s a quick run down of how it works.

Listen very carefully to your potential buyer’s response and encourage information flow. People buy to meet a need. What difficulties are they having? What are they not satisfied with? You want to identify what their problem is so you can …

I for Implied need

Demonstrate your understanding of their needs and problems – show them you know what their pain is, so that you can …

Show your potential buyer how you can meet their need, solve their problem and take away their pain.
When you have done this, they will want to buy. If you can quote a price that they can afford, you are ready to close the final sale. In the book, Rackham recounts that orginally, he wanted to use the term ‘value question’, but realised that this would make the acronym read: SPIV!

They say the world is governed by the 80-20 rule. There does indeed seem to be an 80-20 for nearly everything and sales is no exception. In fact, here are three that you ignore at your peril.

The 80-20 Rule for your First Meeting

This rule refers to how to spend your time, at the first meeting with a potential customer. Use your time with:

So at the start of your meeting, establish how much time your prospect has, to ensure you can get the information you need. And since no rule is perfect, make sure you leave 10 minutes or so to close the sale if you can (always try) and agree next steps.

Note that this rule is another way of expressing Rackham’s rule, quoted at the top of this blog.

Junior and middle managers are intensely practical people. They have to be: their job is to get things done. So ensure you address their interests. When you gather information, listen for their concerns in this proportion. And when you give information, address their needs in the same ratio:

All selling is about finding an itch and offering a scratch. Operational people’s itch is a process one. Not so their senior colleagues.

Senior Managers’ role is to think strategically. Reverse your pattern with them to focus on what they need:

So how do you gather information? There is an art to it. Think funnel:

Start at the top with a wide open funnel, and ask wide open questions, like

Listen for where their itch seems to be, then start to probe, with narrower questions like:

“Tell me some more about …”

Next, confirm your understanding by asking detailed questions like:

Finally, play back your diagnosis of the nature of their itch, to ensure you know what sort of scratch they need:

“From what I’ve understood, you …”

Don’t be afraid to ask for a Yes

In sales meetings, one of the hardest moments is when you have a strong rapport with your potential customer, you have offered a great solution, and you are convinced they want to buy from you. So how could you spoil this perfect moment? What if they reject you? Perhaps it’s best not to say anything more and wait for them to buy.

But what if they don’t? You know how it can be with that first kiss – maybe your potential buyer is waiting for you to make the first move. If you do have the rapport you think you have, asking respectfully if they are ready to buy is not only appropriate, it’s often the only way to close a sale. Here are five ways you can do it:

You may like The Salesperson’s Pocketbook. Other helpful titles include: 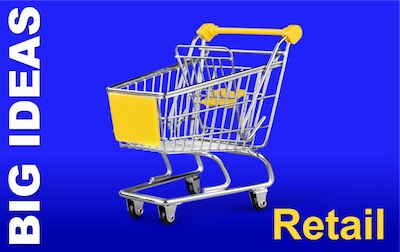 We know what the oldest profession is… And the second oldest. But up with them, dating back to the earliest times in human history is the business of retail.

When Ug sold an arrowhead to Og, he became a retailer. And when Ig bought goods from Ug to sell, rather than make them himself, he moved sales from the factory gate to the retail market.

We may not all work in retail, but I’m prepared to bet that every reader of this article has experienced it as a customer. It is so pervasive, that one has to wonder: do we really need an article about it?

My answer is a question:

‘What bigger management idea could there be?’

END_OF_DOCUMENT_TOKEN_TO_BE_REPLACED

Christmas is coming and many readers will be considering perfume and beauty products as gifts. One of the biggest players in that market is Estée Lauder – the eponymously named cosmetics business founded by a determined and charismatic entrepreneur: Estée Lauder. 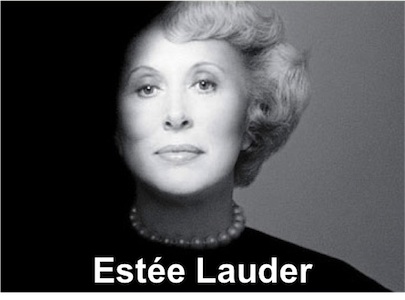 Estée Lauder was born in 1908 and grew up in the Queens suburb of New York, where her father (like mine) ran a hardware store. Her interest in beauty products started when her Hungarian uncle, Dr Schotz, who was a chemist, came to live with her family and created skin creams in the kitchen, and later in a laboratory in a stable out back. He also made paint stripper, embalming fluid, and lice treatment for chickens. We can only hope that there were no serious mix ups in packaging!

Lauder helped Schotz by selling beauty products and so began her career as a consummate salesperson and marketer, selling skin care and makeup in beauty salons, demonstrating her products on women while they were sitting under hair dryers. This cemented her belief that women must try if they are to buy.

The Estée Lauder name borrows from her given name, Josephine Esther Mentzer, which the family shortened to Esty, and her married name, following her marriage to Joseph Lauder in 1930 or, more strictly, I’d guess, following their remarriage in 1942, following separation and reconciliation. In 1946 she and Joseph Lauder  launched the Company, soon winning a concession at their first department store.

Lauder targeted the most prestigious store, Saks, and a year later was able to finally persuade the buyer after giving a talk at the Waldorf Astoria hotel, and then giving away samples at the end. This created a demand that Saks could not ignore, and marked her second key lesson in marketing.

Lauder’s first fragrance was Youth Dew, a bath oil, created in 1953. It was a rapid success, and Lauder continued to demonstrate her olfactory acumen (as a ‘nose’ is how the industry terms it) by overseeing the creation of five more brands of fragrance before she retired in 1995.

Many of Lauder’s marketing strategies and tactics will strike a modern reader as very… modern. They remain very much what is still recommended; because it still works. So, as a primer on marketing, we can do little better than take inventory of seven of her best approaches.

The try before you buy approach is so successful, it is used on a multi-million dollar scale. Just look at how many millions of versions of U2’s latest record were given away by Apple (500 million actually) at the launch of their new iOS8 and iPhone 6. Was this successful? You bet. Most of U2’s earlier albums re-entered the iTunes charts within a week, generating millions of dollars (undisclosed) of sales for both U2 and Apple.

Early on, Lauder used Sak’s mailing list to send samples and gifts to their customers, encouraging them to visit the Estée Lauder concession in store. Direct mailing may have fallen out of fashion to a degree, but many marketers still argue that, in the days of so much direct email, a well thought-out direct mail campaign can be successful. Whether you agree or not, the use of direct email is a powerful and omnipresent force in our lives – the same strategy; just new technology.

When the US Food and Drug Administration came down hard on the scientific claims of Lauder’s rivals’ products, Lauder took an altogether more savvy route. Her advertising refrained from making scientific claims, but her naming implied the attributes she was unable to claim: Re-Nutriv is meaningless as a word, but caries a vast weight of associations.

‘You get what you pay for’ my dad used to say. If lots of her customers believed that, then her premium pricing strategy was clever. Without doubt, two things are true: she did insist on top-quality ingredients, but her pricing included a substantial mark-up, creating exclusivity and emphasising the quality through the most important real-estate in the store: the price label.

Gift with a purchase

That idea may well been hers – she certainly exploited it well, long before BOGOF and three-for-two offers made shopping bags twice as heavy.

Going one step beyond her ‘try-before-you-buy’ strategy, Lauder did pioneer in-store beauty consultations as a way of selling. She believed that in order to make a sale, you must touch the customer, and spent a great deal of her time advising customers and teaching Beauty Advisors.

Lauder believed that every woman had a right to feel beautiful and therefore ensure that her advertising portrayed beauty that was both aspirational and approachable. From 1962, Estée Lauder selected one model to be the “face” of the brand. These have included supermodels and actresses. Whether they are really ‘approachable’ is debatable, but at any one time, the face of the brand become a distinctive image for the company.

To learn more about marketing and sales…

This blog is for my mother, Jeanne Clayton, whose favourite perfume was Estée by Estée Lauder. 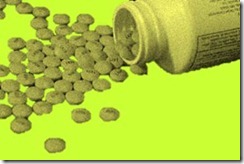 Doctors rarely have any problems convincing a patient to take their medicine or have their operation.  Most people who do resist their doctor’s advice do so because they also have conflicting advice – often from another doctor.

Of course, the stakes can be very high at a doctor’s surgery: you may be in pain, concerned for your long-term health or even facing terminal illness.  Your doctor can diagnose what is causing this and offer ways to remove or reduce the pain, enhance your long-term health prospects and even, perhaps, cure a life-threatening illness.

How does this relate to sales?

Nobody buys anything without a reason, and there are only four reasons why anybody does anything:

What doctors can do is offer the promise of stopping the pain.  As a salesperson, this is a phenomenally effective way to sell.  If you can identify what hurts for your customer, then you are on your way.

Next time you are trying to sell, take some time to diagnose your potential customer’s discomfort.  The more pain they have, the keener they will be for the right medicine.  If they also believe that you have that medicine, they’ll bite off your hand to get a fix.

Selling is an essential skill for anyone in business, so it’s a great time to polish up you skills and remind yourself of the basics.